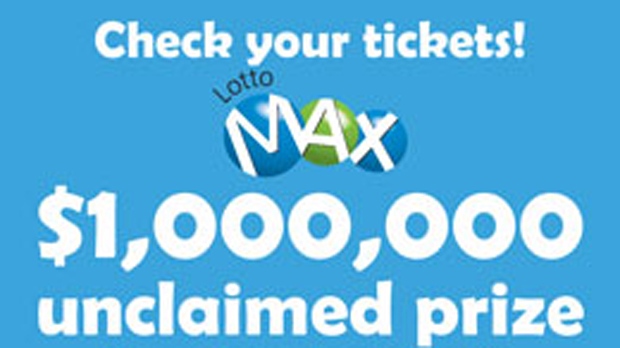 A million-dollar Lotto Max prize remains unclaimed in Saskatchewan after nearly a year.

Lottery players in Saskatchewan are checking their pockets for old tickets in hopes of winning a huge unclaimed jackpot.

Someone won a million dollars last December, but has not yet claimed the prize. The winning Lotto Max ticket was sold on Dec. 20, 2013. Winners have one year to claim a prize before tickets expire.

Lottery officials aren't revealing where in Saskatchewan the ticket was sold, but they say it was not in Regina or Saskatoon. They say it's extremely rare for so much money to go unclaimed.