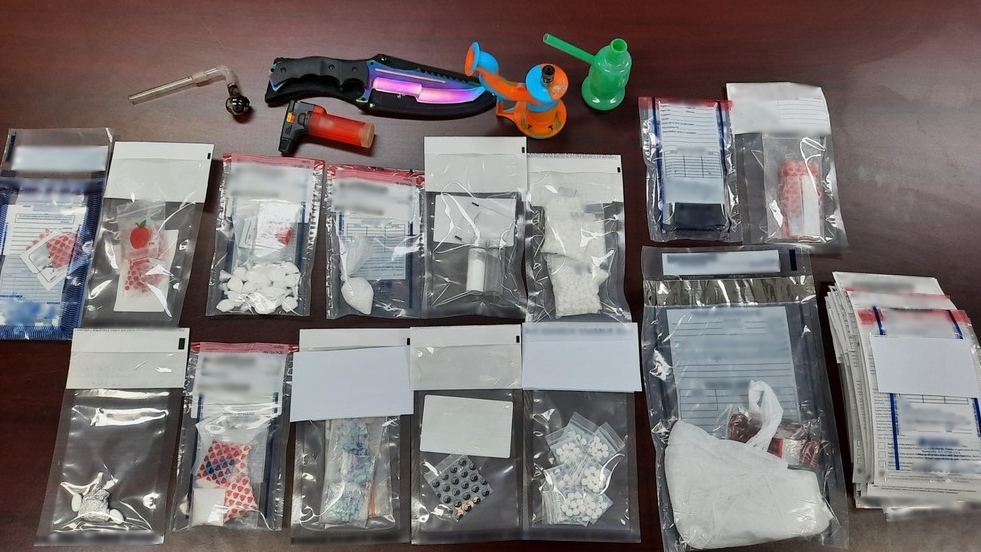 Two people from Regina are facing several drug related charges after Yorkton RCMP searched a stolen vehicle in a ditch on Jan. 7.

Officers received a report of a vehicle with two people in the ditch along Highway 10, east of Yorkton, around 2 p.m., according to a news release from the RCMP.

Investigation found the vehicle and licence plate were both reported as stolen in Regina.

The man provided a false name and both he and a woman refused to exit the vehicle when police arrived. Police arrested both the man and woman and searched the vehicle.

A 25-year-old Regina woman was charged with possession of fentanyl and opioids, and resisting a peace officer.

A 33-year-old Regina man is facing four counts of possession for the purpose of trafficking, resisting a peace officer, possession of property obtained by crime, and possession of a weapon for a dangerous purpose.

He was also charged with keeping alcohol in the vehicle and was arrested on previous warrants.

Both suspects appeared in Yorkton Provincial Court on Friday.