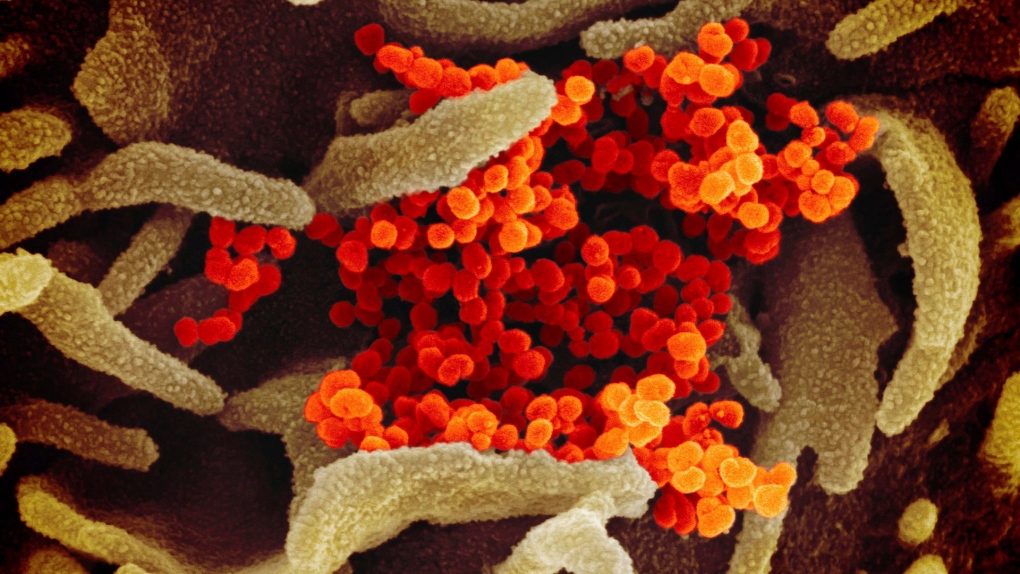 This undated electron microscope image made available by the U.S. National Institutes of Health in February 2020 shows the Novel Coronavirus SARS-CoV-2, orange, emerging from the surface of cells, green, cultured in the lab. (NIAID-RML via AP)

REGINA -- Two more people who tested positive for COVID-19 have died, the province of Saskatchewan reported Monday. There are 286 new cases and 96 new recoveries for a total of 3,027 active cases.

One of the latest Saskatchewan residents to die was from the Far Northeast zone and over the age of 80, the other was in their 70s and from the Northeast zone.

The locations of the new cases are:

Two cases previously reported in Saskatchewan were found to be out of province residents, and have been subtracted from the total count. To date there have been 16,367 cases in Saskatchewan.

There are 180 people in the hospital; 145 people receiving inpatient care and 35 people in intensive care.

A total of 4,013 doses of the Pfizer vaccine have been given to Regina and Saskatoon health care workers.

The SHA processed 1,485 tests on Monday.