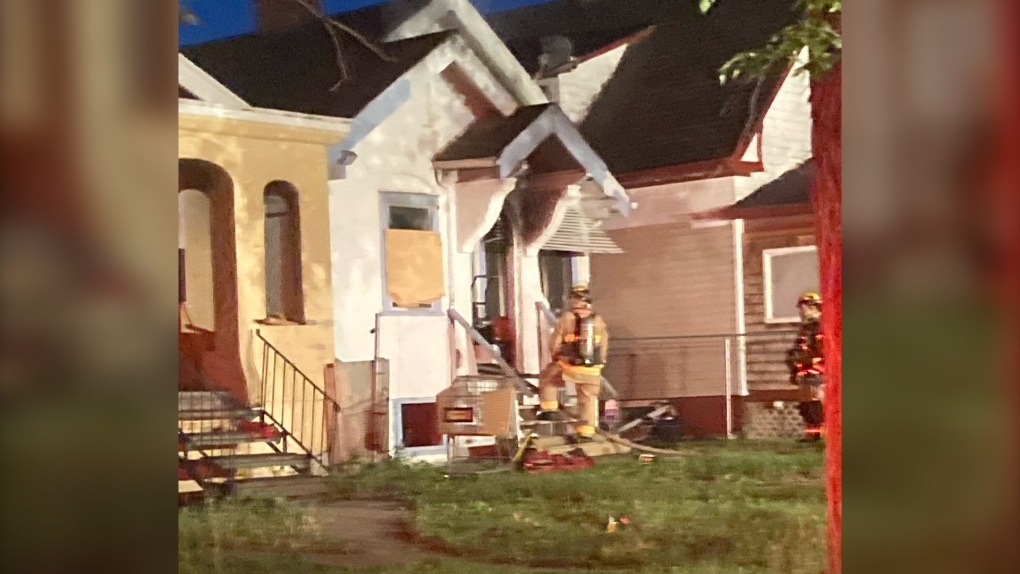 Two people were sent to hospital with burns after a fire started at a house in the 1500 block of Athol Street early on Thursday morning.

Heavy smoke was reported as fire crews arrived on scene, according to a tweet from Regina Fire & Protective Services.

Firefighters entered the home and controlled the fire quickly, containing it to the main floor.

Crews on scene of a house fire 1500 Blk Athol St. Fire reported at 3:54am. Heavy smoke on arrival. Firefighters made entry and controlled the fire quickly. 3 patients being treated & transferred to hospital. 2 cats rescued. Fire Inspector is attending. Update to follow #YQR pic.twitter.com/pSo1SypsJj

Three occupants of the home escaped the fire before crews arrived. Two of them were taken to hospital for burn injuries, another tweet said. Crews also rescued two cats from the house.

The blaze is under investigation by a fire inspector.

Update on Athol St fire: The 3 occupants managed to escape the fire prior to arrival. 2 of the occupants were transported to hospital for burn injuries. Fire was contained to main floor. Fire is under investigation. #YQR