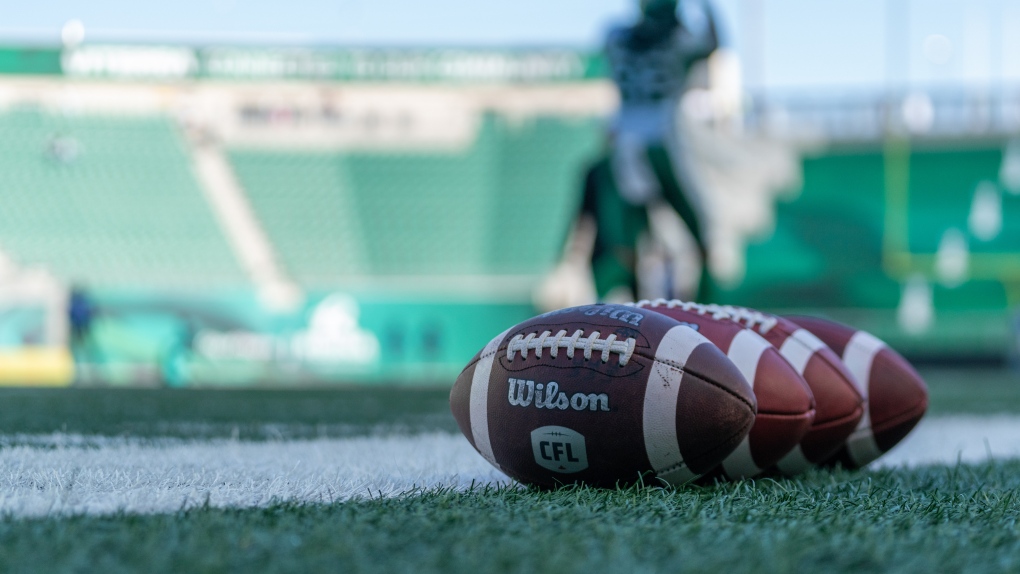 Footballs sits on the field before preseason CFL football action as the Saskatchewan Roughriders plays the Winnipeg Blue Bombers at Mosaic Stadium in Regina, Sask., on Tuesday, May 31, 2022. THE CANADIAN PRESS/Heywood Yu

The 2022 CFL Awards on Nov. 17 are just one part of the upcoming Grey Cup Festival preceding this year’s championship game on Nov. 20, a release from the Saskatchewan Roughriders outlined.

The announcement marks the second time in as many years that Beirness will host the awards.

The ceremony is set to honour several influential women from across Saskatchewan who have played a role in impacting football in the province and across Canada.

These include local heroes, long-time fans and leaders in the Indigenous community.

The award categories for players include:

The East and West Division finalists for the player awards are set to be announced on Nov. 2, according to the release.

Tickets are currently on sale for $175. The event reception is set to begin at 6 p.m. local with the event beginning at 7 p.m.

Canadians appear to be slowly cutting back on their use of plastic straws and grocery bags ahead of a national ban on such items that will take effect next month, new statistics show.

A public inquiry is turning its attention to the role of online misinformation this morning as it continues probing Ottawa's use of emergency legislation to quell last winter's "Freedom Convoy" protests.

Prime minister Justin Trudeau announced more than $40 million in funding for James Smith Cree Nation during a visit to the community on Monday.