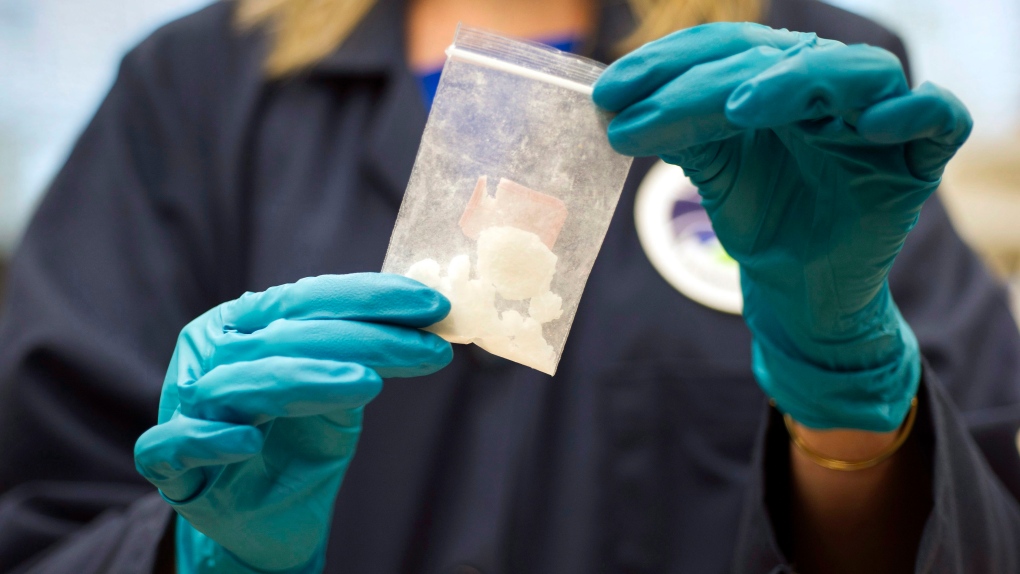 In this Aug. 9, 2016, file photo, a bag of 4-fluoro isobutyryl fentanyl seized in a drug raid is displayed at the Drug Enforcement Administration (DEA) Special Testing and Research Laboratory in Sterling, Va. (AP Photo/Cliff Owen)

REGINA -- The Moose Jaw Police Service has charged two Regina men after a significant amount of drugs were seized during a vehicle search.

Police responded to a call of several people leaving a home with weapons on Saturday. The suspect vehicle was located and officers reported weapons in plain sight. The suspects were arrested and police found a large quantity of drugs during a thorough vehicle search.

Police said 205 grams of methamphetamine, 13 grams of cocaine and seven grams of fentanyl were seized, roughly worth $20,000.

One Regina man was charged with breach of undertaking and had other warrants.

Both were released and will appear in court on a later date.