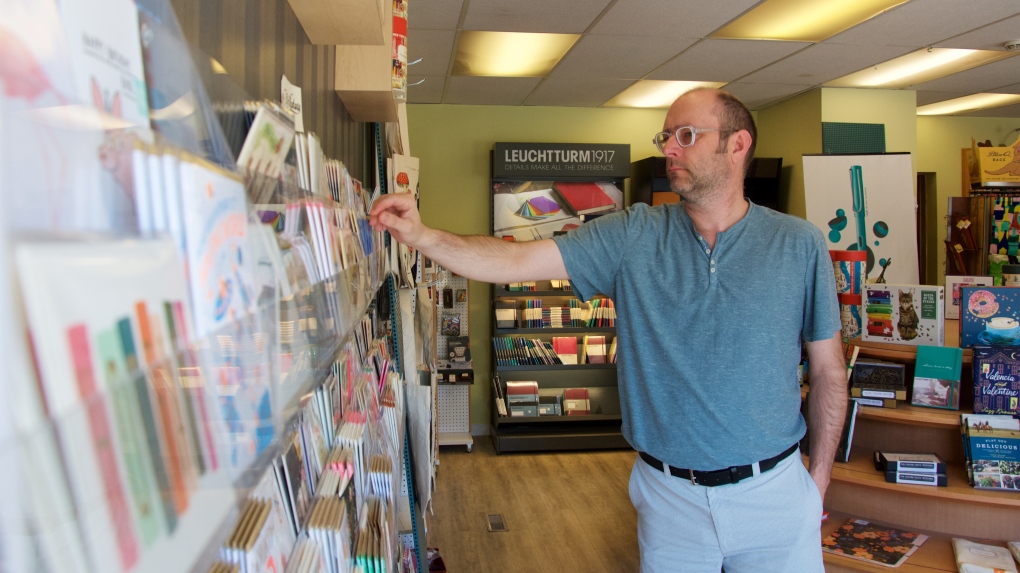 Brad Kreutzer, co-owner of Paper Umbrella, looks at cards. The COVID-19 pandemic has taken a toll on his business. (Jeremy Simes/CTV News)

REGINA -- City councillors are set to debate a new proposal that would allow Regina businesses to access up to $2 million in aid, helping them address losses caused by the COVID-19 pandemic.

The grant package, which will be discussed Wednesday at the executive committee, aims to keep businesses in the city open, as well as help them pay for things like personal protective equipment (PPE) or other urgent necessities.

Councillors on the committee would have to approve the aid package before it goes to city council for final approval later this month.

The money would come at a time when businesses in the city continue to struggle. Forced closures and physical distancing measures during the pandemic have affected their revenues.

“There are a range of challenges being faced by businesses, some being the cost of PPE, the delivery of products and rent or labour. The list goes on,” said John Hopkins, the CEO of the Regina and District Chamber of Commerce.

The chamber will be making its case for the aid package at the meeting.

If approved, the chamber would administer the program given its past experience in helping administering small business loans for the province.

The money for the grant program would come from the city’s general reserve fund. Businesses doing well wouldn’t be able to qualify for the program.

Some businesses in the city say any additional help would be appreciated, though it may be coming a bit late.

Tammy Chammartin, the co-owner of Aware House Books in Cathedral, said any new options to help businesses would be comforting.

She said the store was closed for two months before re-opening. The hours of the shop have been shortened and they’ve decided to not yet re-hire part-time staff.

“There are two of us running the show,” Chammartin said. “Overall, in this little Cathedral community, people have been so supportive. We’re very grateful.” 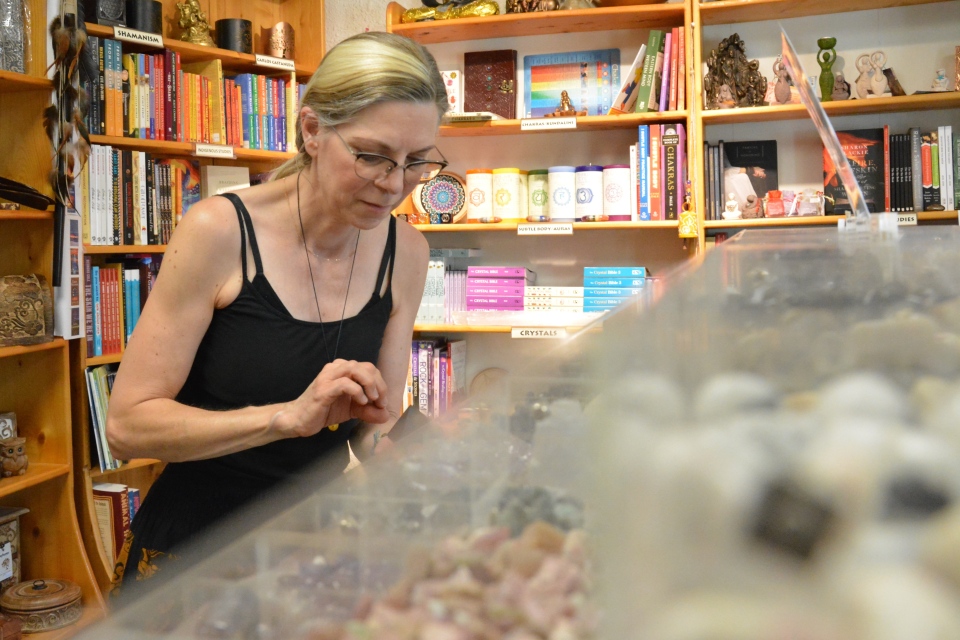 Brad Kreutzer, co-owner of Paper Umbrella, said any help is great, but wondered if it’s coming too late.

“It would have been nice. It’s sort of past tense now,” he said. “Of course we would be open to any support because it’s a hard go right now.”

According to planning documents, the grant program would occur in two phases.

Phase one would help with immediate needs, while the second phase would help businesses diversify, said Hopkins. For example, it could help them adopt an online sales platform.

Applicants would be required to demonstrate they meet criteria to receive funding. As well, they would have to match any dollars they receive.

The documents state that businesses could receive $1,000 to $25,000. Applications would be reviewed by a committee, which would include representatives from the city, the chamber and Economic Development Regina.

Coun. Bob Hawkins said he understands businesses are having a tough time, but wonders if the city can afford a $2 million program. The city is experiencing a drop in revenues and is expected to face a shortfall.

Coun. Andrew Stevens said he wonders if it’s appropriate for the Regina and District Chamber of Commerce to administer the program.

As well, he would like to know how the committee will decide which businesses are eligible. He said he doesn’t want money to go to businesses that were closing shop before the pandemic happened.

“I want to make sure it’s not going to the hands of big landlords,” he said. “I would want it to keep small businesses afloat and for them to continue to employ people until they are back up and running.”

Coun. Barbara Young said there appears to be some positive aspects of the program.

“It seems to be looking at a niche of funding that is not like other levels of government funding that’s already out there,” she said.

A number of other options will be on the table at committee. If councillors chose not to go ahead with the program, it could keep the status quo or reduce late payment penalties.