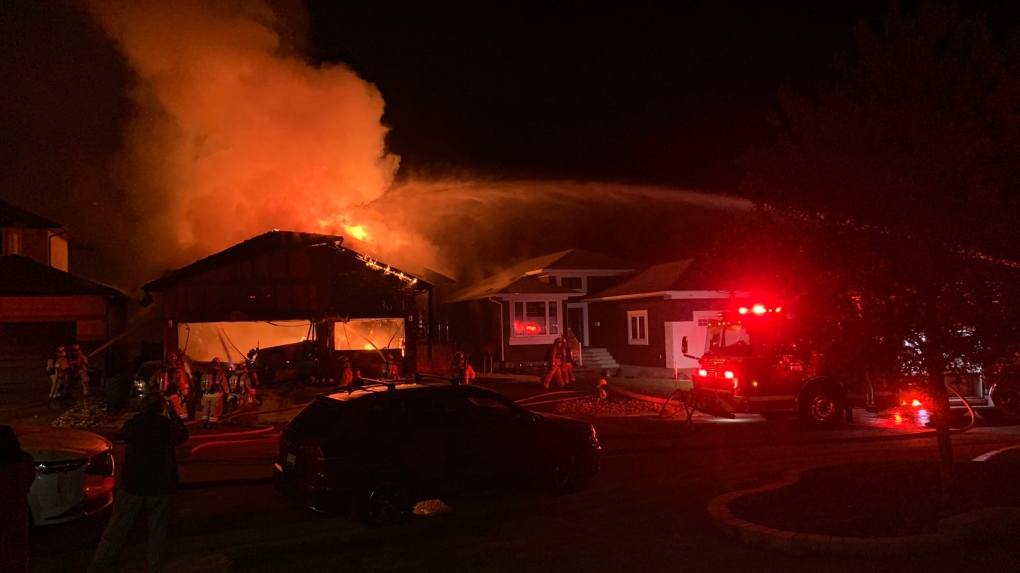 Regina Fire crews on the scene of a house fire on Edgewater Bay in Pine View, on the morning of May 15, 2021. (@Regina_Fire/Twitter)

Around 11 p.m. Friday, crews were on the scene of a basement fire in the 1300 block of Princess St.

In a tweet, Regina Fire and Protective Services said the blaze was brought under control quickly. No injuries were reported.

The cause is under investigation.

Crews are on scene at a basement fire in the 1300 block Princess. Fire was quickly brought under control and no injuries are reported. Fire Investigator dispatched to determine the cause. #RFPS #YQR pic.twitter.com/pRtLGLegNc

For the second fire of the night, crews responded to a fully involved house fire on Edgewater Bay in Pine View, around 4 a.m.

Regina Fire said all occupants of the home were accounted for. Investigation is ongoing.

Around 5 a.m., crews responded to a third fire at a vacant home in the 700 block of Garnet St.

The fire was under control in around 30 minutes, according to a tweet. The fire investigator will attend the scene after he is finished at the scene on Edgewater Bay.

3rd house fire of the night! Fire crews responded to a working fire in a vacant home in the 700 block Garnet. Flames brought under control in 1/2 hour. Investigator will make his way over there after Edgewater. Hats off to Firefighters and investigator,well done #RFPS #YQR