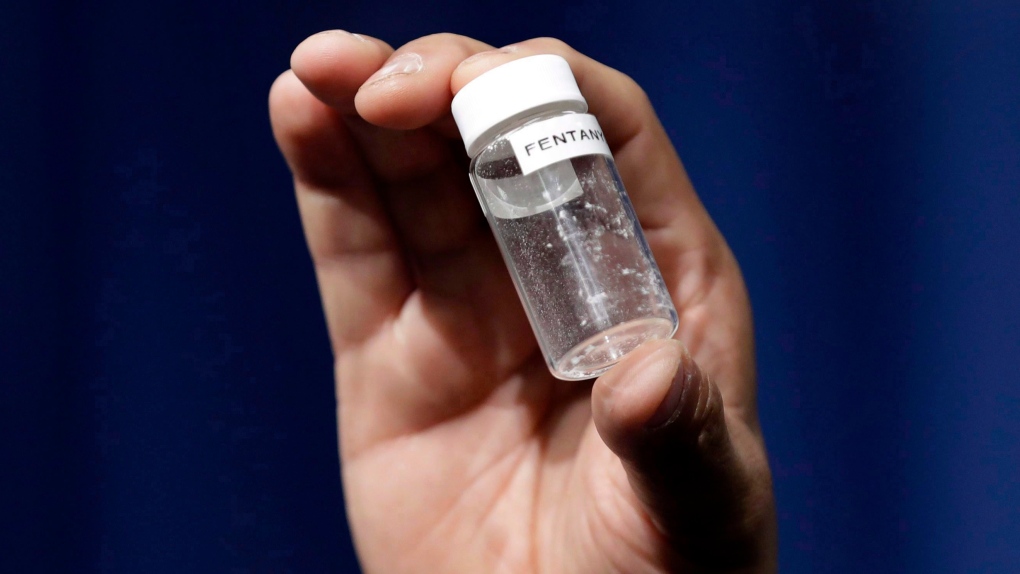 FILE - In this June 6, 2017 file photo, a reporter holds up an example of the amount of fentanyl that can be deadly after a news conference about deaths from fentanyl exposure, at The Drug Enforcement Administration headquarters in Arlington, Va. (AP Photo/Jacquelyn Martin, File)

REGINA -- Regina police responded to four people who died Monday morning after overdosing on what officers believe was fentanyl.

Police said in a news release Monday that officers were among first responders to the first three apparent overdose deaths, which took place over the span of under three hours.

Police followed up Monday afternoon to say a fourth person, another man, had died of an apparent overdose in the 1200 block of Rae St.

“People are dying in our city from drug overdoses,” police said.  “They’re not strangers; they are someone’s child, spouse, sibling, or parent.  We can all play a role in preventing these needless fatal events.”

The Saskatchewan Coroners Service will determine the cause of the death for each person, police said.

Police said anyone can be at risk of an overdose, adding that people should not use alone.

“If you are a drug user, or you know a drug user, get help,” police said. “Don’t let the addiction make the decisions and plans that can lead to a near-fatal or fatal overdose.  Connect with health resources.”

Police said people should learn the signs of an opioid overdose, which include difficulty walking, talking or staying awake; blue lips or nails; pinpoint pupils; cold and clammy skin and dizziness or confusion.

Please said the public shouldn’t hesitate to call 9-1-1 in an overdose situation and encourage people to learn about the Good Samaritan Overdose Act, which protects people from possession charges if they are experiencing an overdose.

Naloxone kits are also available, which can prevent an overdose.

If anyone has information about people trafficking drugs in Regina, they can call Crime Stoppers anonymously at 1-800-222-8477.