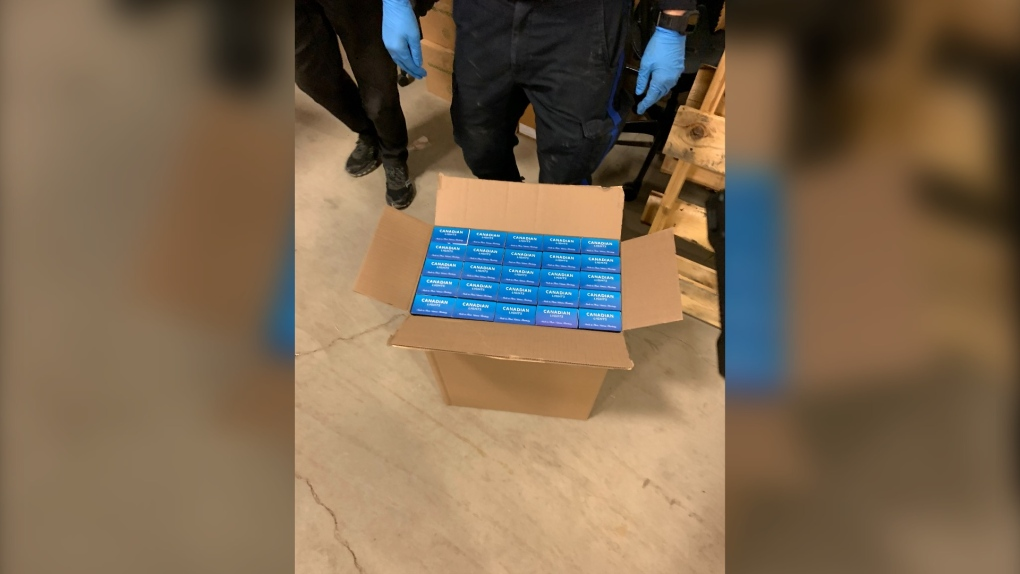 Two Ontario men are facing charges after approximately 5.4 million unstamped cigarettes and 1,356 kilograms of shisha tobacco were seized during a traffic stop on Highway 1 east of Indian Head, Sask., RCMP said in a news release.

According to the release, officers with the Saskatchewan Highway Patrol observed evidence that a semi was transporting illegal cigarettes early in the afternoon on Nov. 10.

When police searched the semi, they found 18 pallets each containing 30 boxes of unstamped tobacco.

“This is a very significant seizure of contraband tobacco – the largest I’ve seen in my career,” Indian Head RCMP Sgt. Ryan Case said in a release. “The sale of illegal tobacco has many effects on Saskatchewan and its residents. When you buy contraband tobacco, you have no idea how and where it is manufactured. There is no quality control like you find with legal manufacture and that presents extra risk to smokers.”

The two men, 34 and 35, from Hamilton Ont. are charged with the following:

Both of the accused will be in court Jan. 3.