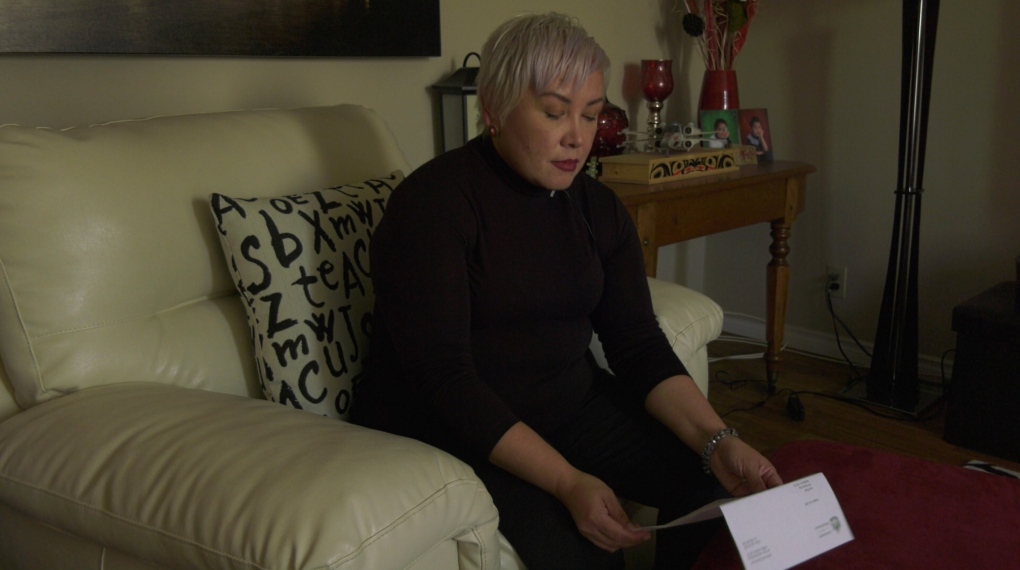 Lani Elliott says the Ministry of Social Services told her that her foster care records no longer exist. Elliott is a survivor of the Sixties Scoop. (Taylor Rattray/CTV News)

REGINA -- Sixties Scoop survivor, Lani Elliott, said she was recently told by the Ministry of Social Services that her records from the time she spent in care cannot be found, and it is unclear if the files even existed.

The letter addressed to Elliott states: “We are sorry to inform you that although searches were completed using all the names you provided to us we were unable to locate any records in your name.”

“In the past, files were kept for different lengths of time based on the policies and practices of the day and then destroyed,” the letter said.

Elliott requested the files because she said she felt it was time to learn about her past. She was apprehended from her parents when she was three-years-old and grew up in foster care.

“I remember a social worker picking me up and putting me on a counter, and telling me that my mom didn’t love me, didn’t want me and threw me away,” Elliott said.

Elliott said she grew up not wanting to know anything about her biological parents, because she said social workers repeatedly told her, “your mom doesn’t want to be with you, your mom doesn’t love you.”

“That was the narrative they kept feeding me,” Elliott said.

Elliott later realized she was part of the Sixties Scoop, a practice that saw about 20,000 Indigenous children seized from their birth families and relocated to non-Indigenous homes starting in the 1950s until the late 1980s. Elliott said she had “great” foster parents, but knows other Sixties Scoop survivors did not.

She was able to reconnect with her mother about two years ago, and the two talked about the circumstances surrounding why Elliott was put in care. Elliott said her mother was a residential school survivor and she struggled to navigate the social services system to get her children back into her care.

“I found out that my mother, at some point, attempted to get us back, and she was told that we didn’t want to be with her,” Elliot said. “That wasn’t the case on my part. I know that I had asked repeatedly to see my mom.”

Elliot said she also requested her foster care files, because she believes the social workers need to be held accountable for how they treated her.

“These files were important, because they proved that they did that to you,” she said. “And to know that they no longer exist, that was devastating.”

Elliott is part of the Sixties Scoop settlement claim.

She was able to gather signatures from family and community members, attesting to the fact that she was taken away from her family, so she doesn’t need her foster care documents for the claim process.

However, she knows other survivors don’t have that option, and she’s frustrated that she may never know parts of her history.

CTV News reached out to the Ministry of Social Services regarding Elliott’s case. In an emailed statement, the ministry said the availability of records often depends on a number of factors.

“While a significant majority of the requests for records we have received so far from Sixties Scoop survivors have resulted in us finding partial or full records, there are some requests we have been unable to fulfil,” David Loewen, the executive director of the strategic management branch of the Ministry of Social Services, said in the statement.

Elliot said she’s not sure what to do next, but knows she still wants to find out more about her history.