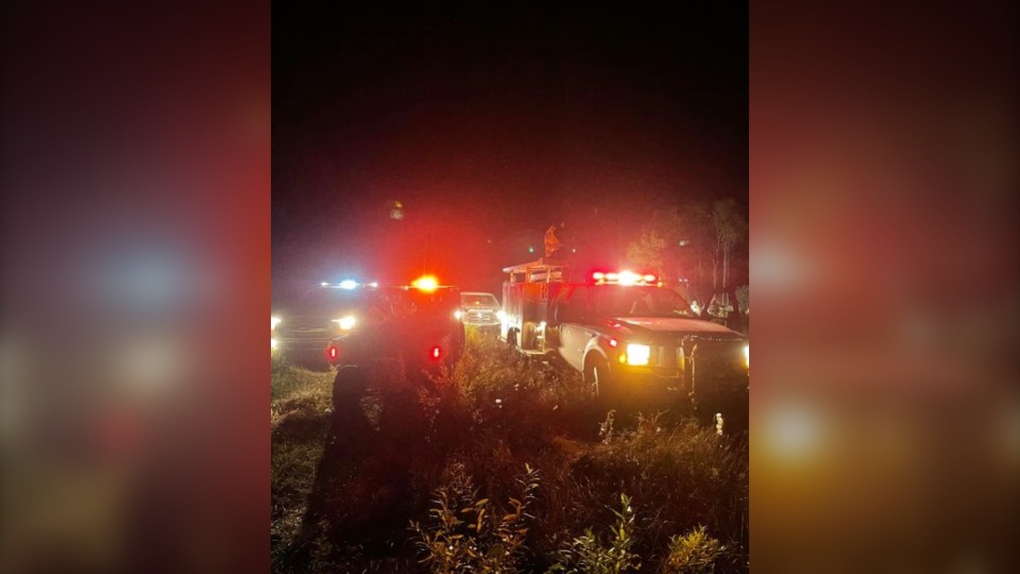 A photo shared on social media during the search for a missing 7-year-old girl. (Facebook/Kahkewistahaw Fire Department)
Saskatoon -

A missing seven-year-old girl has been found safe following a search that stretched late into the night.

Volunteers, police and firefighters sprung into action after the girl was reported missing on Ochapowace First Nation just after 7 p.m. Sunday.

The girl, who is non-verbal, was believed to have left her home on foot, according to an RCMP news release.

In a Facebook update, Whitewood Fire Department said as of midnight the search continued.

The girl had been reported safe by 5 a.m., according to the department.

The Indian Head, Moosomin, and Esterhazy RCMP detachments searched for the girl, along with RCMP police dog services, the Whitewood Fire Department and community members.

The Saskatoon Police Service's plane, equipped with an infrared camera, and the Kahkewistahaw Fire Department also aided in the search.

A growing number of Canadian hospitals are enacting policies requiring visitors and care partners to show proof of vaccination in order to gain entry, sparking yet another pandemic-era debate for ethicists.

Missionary group confirms kidnapping of one Canadian, 16 Americans in Haiti

A Canadian was among 17 missionaries allegedly kidnapped in Haiti on Saturday, Christian Aid Ministries said in a statement on its website.

COVID-19 vaccine booster eligibility by province and territory in Canada

Although booster shots and third doses of COVID-19 vaccines aren't currently recommended for most Canadians, additional doses are being made available to certain populations or those who need to travel for work based on their province or territory of residence.

A rescue mission got underway Sunday for a firefighter who fell into the St. Lawrence River after a boat carrying people from a previous rescue mission capsized near the Lachine Rapids.

Gov. Gen. Mary May Simon set out on her first international trip in that position on Sunday, heading to Germany to meet with officials, as well as attend the world’s largest trade book fair.

Hayley Wickenheiser is a six-time Olympian and award-winning women's hockey player, and now her accomplishments include graduating from medical school and achieving an M.D. during a global pandemic.

World expected to consume twice as much seafood by 2050, new findings suggest

The world will consume twice as much seafood by 2050, according to new research. But despite the increased demand, a stronger turn to sustainable fishing could help address malnutrition and lower our overall environmental footprint.