REGINA -- A letter found in a British charity shop is giving one Saskatchewan woman a better idea of how her mother experienced World War II on the prairies.

In August, Marlene Dow was brought a letter that had been mailed from England to the Penzance Legion.

The letter was written in 1944 by Dow’s mother, Barbara Woolsey, and addressed to Dow’s brother Eldon, who was a radio operator with the Canadian Air Force based in London, England in 1944. 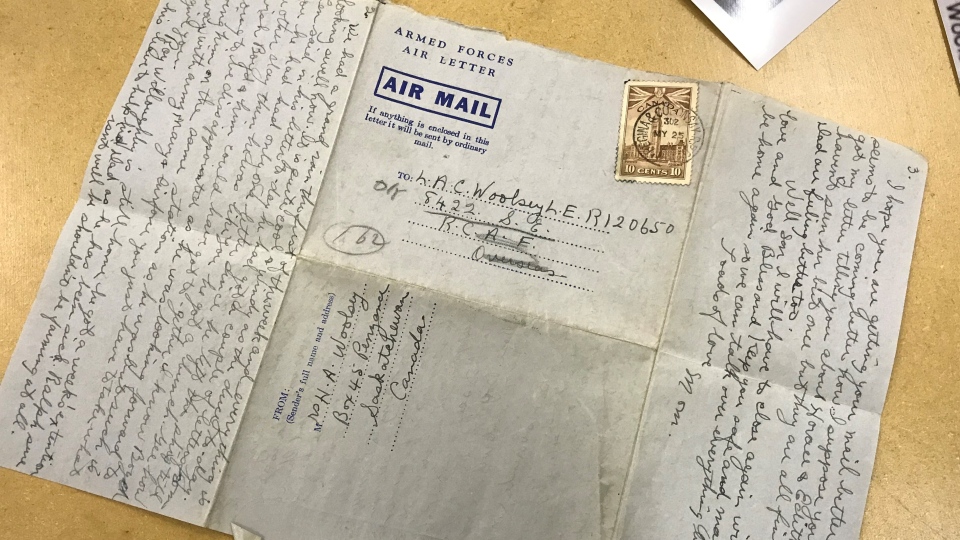 Two of Dow’s brothers were stationed in Europe during World War II and one was in Eastern Canada.

Dow is the second youngest of 12 children and was three years old in 1944, so she does not remember how her mother was feeling about her sons being away.

She said her mother wrote a letter each week to her sons who were away from home.

Dow said the recently discovered letter has given her insight into how her mother felt.

“Some of this is pretty new to me,” she said. “It's just interesting that she revealed so much about so many and what all you can get out of just reading one letter about history, and about people and about the community.”

In the letter, Barbara Woolsey wrote to her son about how their family was doing and a recent trip they took to Regina.

“While in Regina we bought a new chesterfield and chair which arrived here this morning,” Woolsey said in her letter. “We have things pretty nice here now. Just waiting for you to come home to have a comfortable sit down with us.” 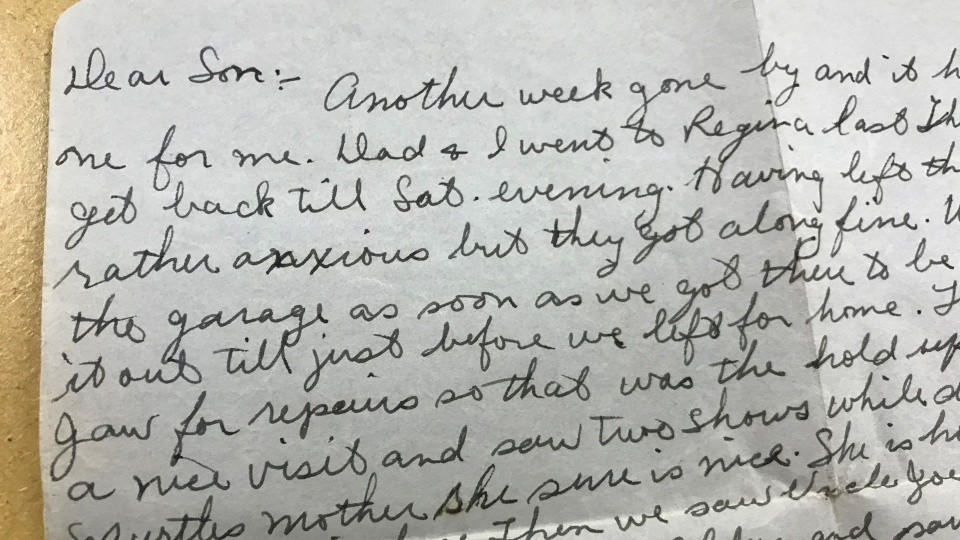 The letter was recently found in England – hidden in a book at a charity store. A woman – named Annette – heard her friend had found the letter and wanted it returned to the family. Annette mailed the letter to the Penzance Legion and it was then delivered to Dow.

Since the piece of mail was returned, Dow and Annette have been corresponding through letters.

“I don't know if I would have taken the effort myself to do this,” Dow said. “It's just remarkable. She must be quite a remarkable person to think that it's something that needs to be connected with the family, after all these years.”

Dow, who still lives in the Penzance area, is beyond grateful for Annette’s generous act of kindness. She said it has brought her family together in a whole new way.

Dow has copied the letter and sent it to her family who lives all over the country.

The letter has been especially important for Woolsey’s granddaughter, who shares the same name as her.

Barbara Woolsey the second was born after her grandmother died, and is now a writer herself.

She said she heard so many stories about her grandmother but now having this letter brings them closer.

“It’s really exciting to actually be able to hear how she speaks, or how she would have,” Barbara Woolsey said. “To get that voice in my head was something really special.”