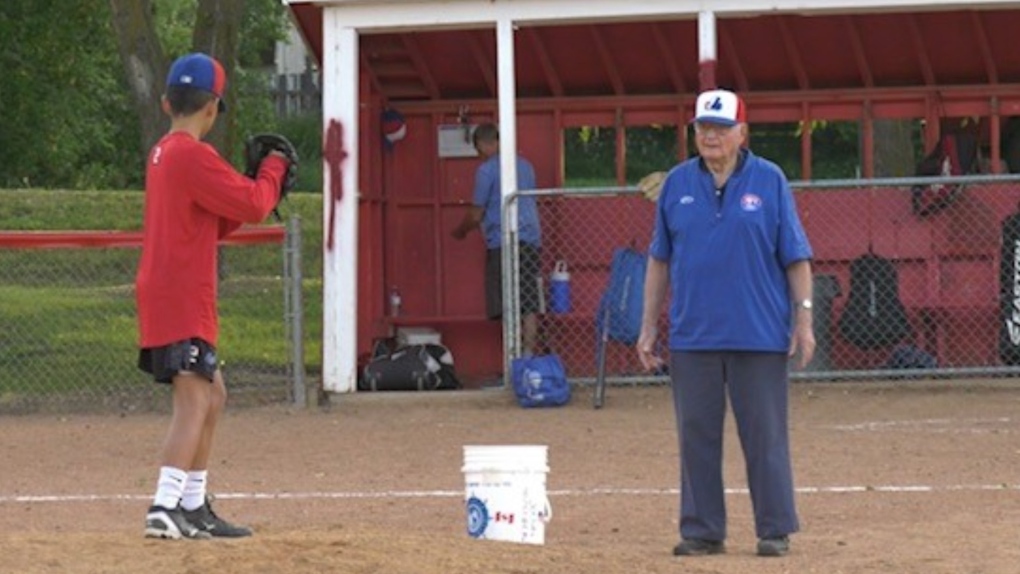 88-year-old John Zeeben's coaching has helped the Parkland Expos U15 AA bantam baseball team to second place in the league.

YORKTON -- A Parkland baseball team has been shooting up the standings this season with the help from an 88-year-old retired player.

John Zeeben has been helping coach the Parkland Expos U15 AA bantam baseball team this year, and now the team is getting ready to play their final game of the season on Saturday. He has his techniques down to a science.

“I watch the kinesiology of the ball players and tell them ‘well this is how you do it or this is how you get the maximum out of your basic fundamentals,’” Zeeben, the team’s bench coach, said.

The Expos quickly jumped up to second in the league. They said it is all thanks to Zeeben’s coaching.

“He not only explains the fundamentals, he demonstrates them and I think that’s huge. If he can do it, these 14 and 15 year olds can do it too,” Larry Kitchen, the Head Coach of the Expos, said.

Zeeben has coached teams in the past, but says it’s been nice to share the knowledge he's developed over the past seven and a half decades with the next generation of players.

“They do everything I tell them to and they get the feeling of it and all of a sudden they've got a big smile on their faces,” Keeben said. “They really accomplished what they were thinking and trying to do on the stand and [they’re] correcting their own mistakes.” 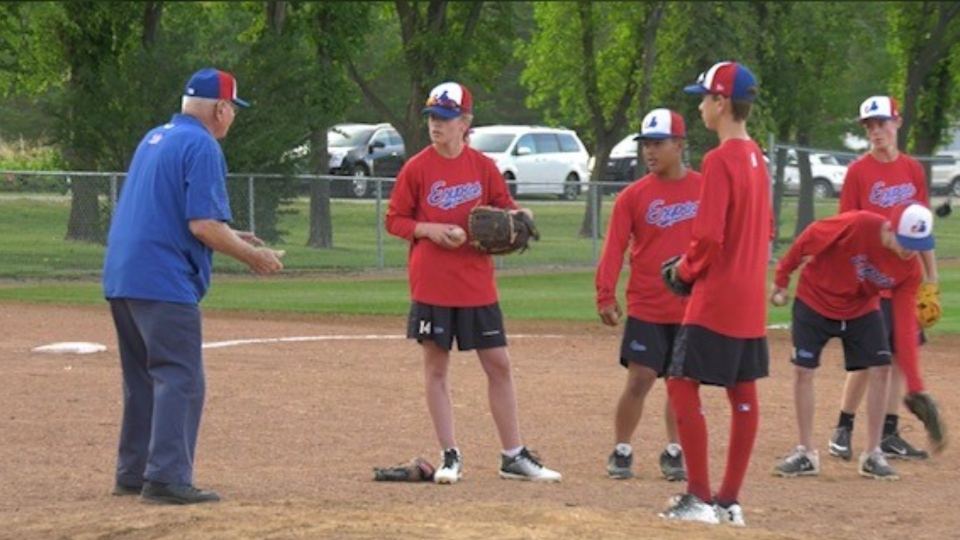 While the coaching staff feelings he’s a great addition, the players are also in awe of his abilities.

“Its pretty cool that he can get like lower to the balls than half of our team can and for that old of a man to be throwing the ball still and like getting down and showing us stuff is pretty awesome,” Colton Hubic, the Expos first baseman, said.

“Its been a really good experience he teaches me all the stuff he knew when he played and really helped me out in the stuff I didn’t know quiet as well,” back catcher Bryker Smith added.