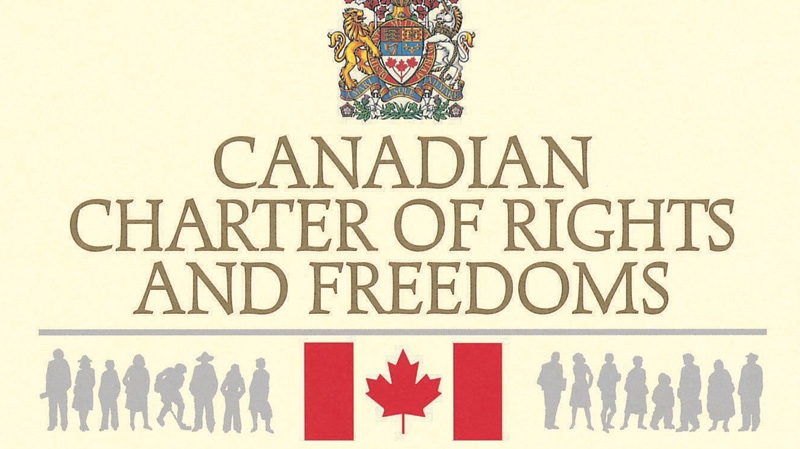 The official English document of the Canadian Charter of Rights and Freedoms.

The Saskatchewan government says it will invoke the notwithstanding clause of the Charter of Rights and Freedoms so it can keep funding non-Catholic students attending Catholic schools. Premier Brad Wall casts it as a move to protect the rights of parents and students to choose schools.

The notwithstanding clause has long been one of the most controversial aspects of the charter. While some argue the clause is a healthy part of a Constitutional democracy, others disagree. Former prime minister Brian Mulroney once said, with it, the charter was "not worth the paper it's written on."

Here is a refresher on what has been referred to as the "sleeping giant" of Canada's Constitution:

The notwithstanding clause is Section 33 of the Charter of Rights and Freedoms. It gives provincial legislatures or Parliament the ability, through the passage of a law, to override certain portions of the charter for a five-year term.

While the notwithstanding clause is often seen as a last-minute insert to get provinces onside with the Charter of Rights, Eric Adams, research fellow at the University of Alberta's Centre for Constitutional Studies, notes that the charter's precursor, the Canadian Bill of Rights, had a similar provision. "The provinces are not inventing a new mechanism to get around rights," Adams says. "They are drawing on this existing Canadian tradition that says that we don't have to have all-or-nothing rights-protecting instruments. In fact, we might want to retain some flexibility for governments to respond if they disagree with the kind of rights interpretation that a court might provide." With charter negotiations ramping up in the early 1980s, then-prime minister Pierre Trudeau didn't seen the need for the clause, but provinces such as Alberta and Saskatchewan wanted an out should they disagree with a decision of the courts. In the end, Adams says, Trudeau reluctantly agreed.

The clause only applies to certain sections of the charter. For instance, it can't be used against provisions that protect the democratic process -- that would create a pathway to dictatorship. "It's not an ability to override the Constitution full stop," Adams says. "It is the ability to override certain particular, carefully selected provisions in the charter." The clause also can't be used for more than five years at a time. This ensures that the public has the chance to challenge a government's decision to use the clause in a general election before it can be renewed.

The notwithstanding clause usually comes up whenever there is a controversial court ruling. For instance, Stephen Harper's Conservatives were asked about, but refused to use, the clause on a court decision involving assisted dying. There have also been recent musings about provinces using the clause to avoid strict time limits the Supreme Court placed on criminal prosecutions. "What's happening when governments ... air the notwithstanding clause, I actually think that's a nice healthy democratic moment," Adams says. While often debated, its use is much rarer. Quebec, as the only provincial government to oppose the charter, passed legislation in 1982 that invoked the clause in every new law, but that stopped in 1985. In 1986, Saskatchewan used the clause to protect back-to-work legislation and Quebec used it again in 1988 to protect residents and businesses using French-only signs. Alberta tried to use the clause in a 2000 bill limiting marriage to a man and a woman, but that failed because marriage was ruled a federal jurisdiction. The federal government has never used the clause.