Old churches, abandoned farms and small towns. These are all things that come to mind when thinking of horror films. And what better place to find all these settings, than in Saskatchewan.

Prior to leaving his home in Saskatchewan to pursue a career in Vancouver’s affluent film industry, Oliver wanted to put Saskatchewan on the film map.

“I told him I wanted to make a short film before I left, I wanted to highlight what Saskatchewan has to offer when it comes to the talent, the crews and the locations.”

And so Oliver and Sawitsky got to work making The Druid’s Hand. After three and a half days of filming, with a crew of 99 per cent Saskatchewan natives, in the town of 75 people, the 14-minute short film was created. It gained more traction than the creators ever thought possible. 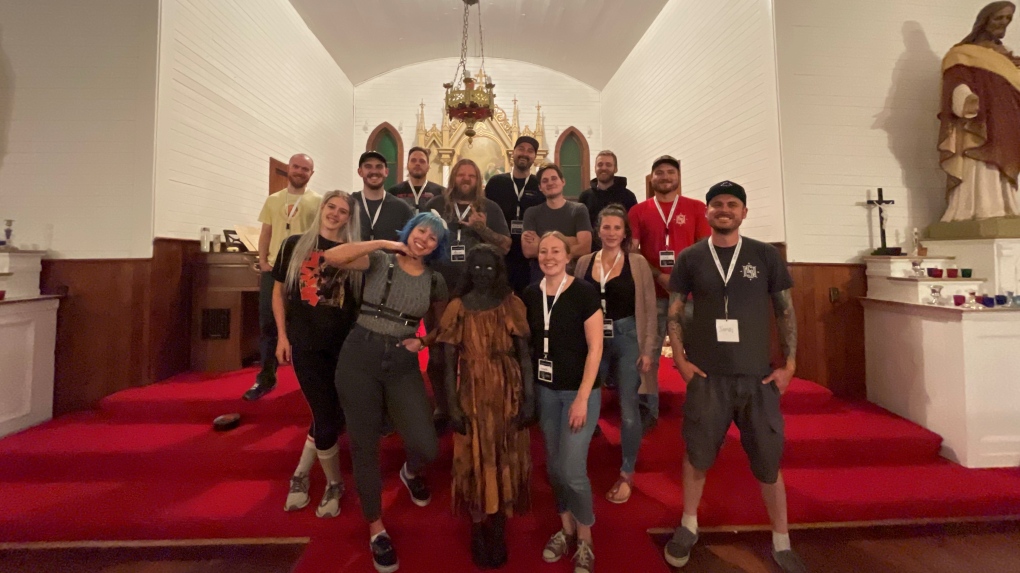 Cast and crew on location for principal photography of The Druids Hand. (Courtesy: Mitch Oliver)

“We completed the film, we screened it in Saskatoon to a sold out crowd at the Broadway Theatre and we decided to put a lot of stock into submitting it to film festivals and ScreamFest accepted us,” said Oliver.

“It’s far beyond what I thought, and it looks like a real movie trailer, it sucks you in, the music makes your heart race,” Mitch Clarke, the film’s lead actor, told CTV. 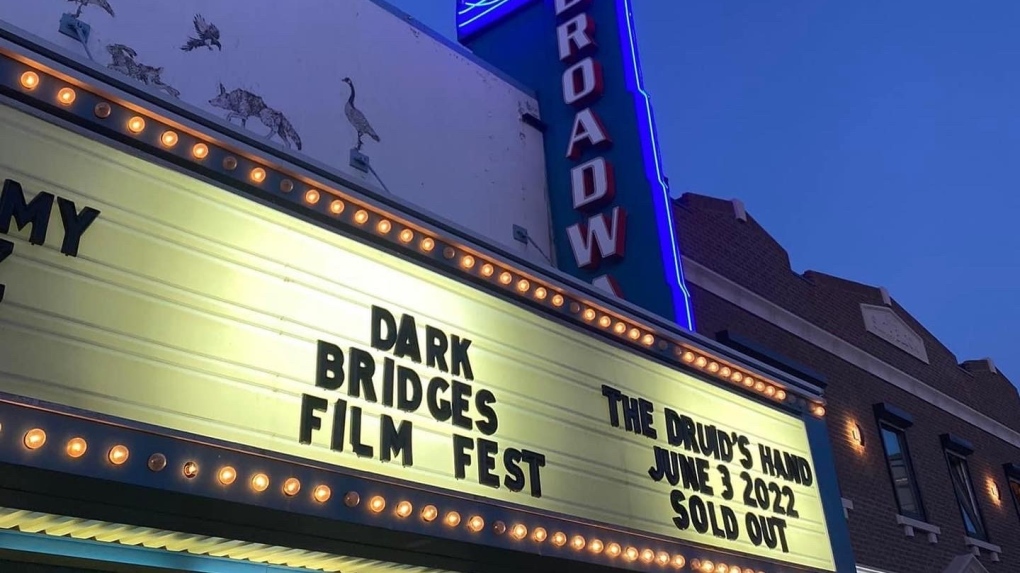 The Saskatoon premiere of The Druid's Hand. (Courtesy: Mitch Oliver)

Being accepted at L.A.’s Screamfest is no easy feat, and as Clarke explained, seasoned filmmakers rarely get chosen, let alone first timers from Saskatchewan.

The Grudge and 30 Days of Night both got their starts at this festival, and Clarke, who is a former UFC fighter and a pro wrestler, says this is quite the accomplishment.

“I’m more nervous for how it does at Screamfest than probably fighting in Vegas,” he laughed.

He is more than proud of this film, and the crew involved, saying that Oliver is someone to watch out for now, before he’s scooped up by a big time company.

But the road has not been easy for The Druid’s Hand, since making films costs money.

Having been denied provincial grants, they had to raise the funds on their own, which they accomplished in spades, though government support would have been welcomed.

Even with being accepted at arguably the biggest horror film festival, there is no grant money for the film.

“It just doesn’t seem like we’re going to have any support from the Saskatchewan government which is really unfortunate,” said Oliver.

The Sask. film industry took a large hit when the province's film tax credit was cancelled in 2012, leaving those in the industry feeling as though their craft wasn't supported. 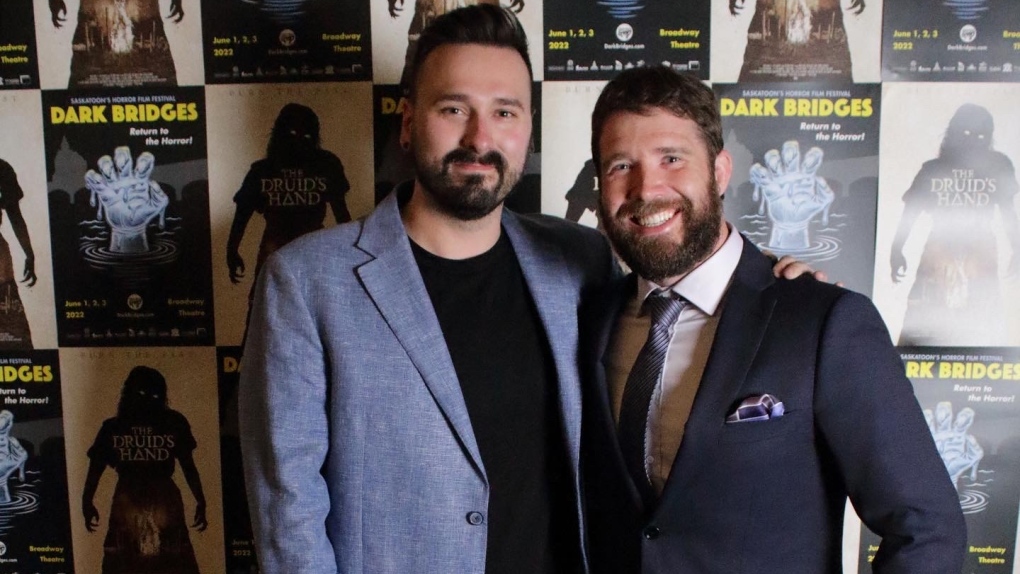 Mitch Oliver and star Mitch Clarke (Star of The Druid’s Hand) at the Saskatoon premiere of the film. (Courtesy: Mitch Oliver)

But this year has seen a change. The Government of Saskatchewan announced in the 2022-23 provincial budget that Creative Saskatchewan’s film and TV-grant budget would be increased to $10 million. Opening up more potential for Saskatchewan productions.

President of the Saskatchewan Media Production Industry Association (SMPIA), Mike MacNaughton, said the province needs to see how beneficial the arts can be.

“SMPIA spent the last two years making a business case that this was an industry that could generate a lot of jobs for the province of Saskatchewan, a lot of economic activity for the province.”

He added that films that gain attention like The Druid’s Hand, show how prosperous the industry could be in the province.

Its Oliver’s hope that a strong showing at the end of September in L.A. will help Saskatchewan filmmakers be inspired, and be funded, in the future.

“This is how we’re going to be able to hopefully prove that we have a film industry in Saskatchewan and that it’s worth putting money into that.”