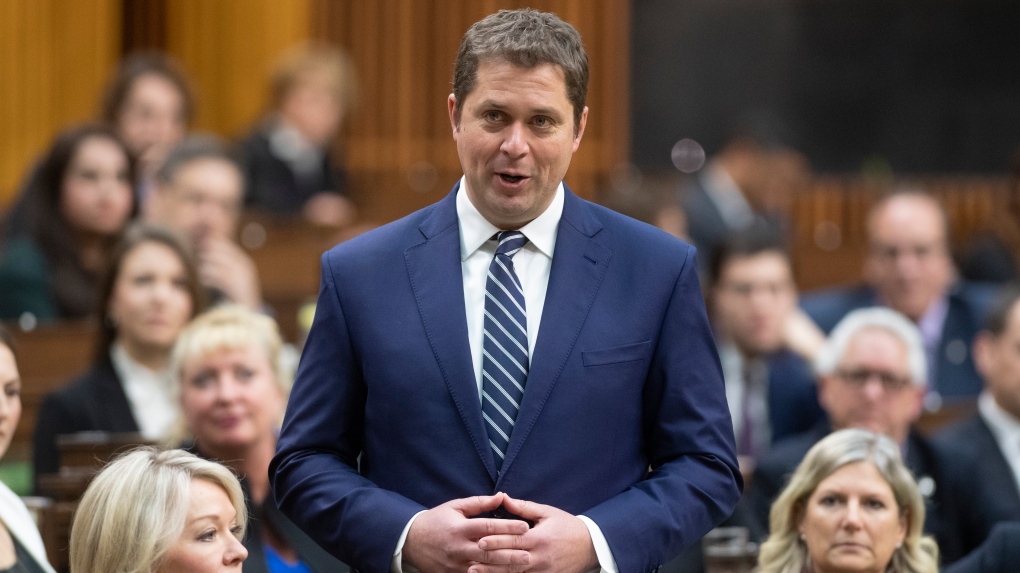 Leader of the Opposition Andrew Scheer announces he will step down as leader of the Conservatives, Thursday December 12, 2019 in the House of Commons in Ottawa. THE CANADIAN PRESS/Adrian Wyld

OTTAWA -- Andrew Scheer has announced he will resign as Conservative leader as soon as a replacement is chosen. Here's a brief timeline of his career on Parliament Hill:

June 2, 2011: Scheer is elected Speaker of the House of Commons at the age of 32 -- the youngest person ever to hold the post.

Sept. 13, 2016: Scheer gives up his caucus position as Opposition House leader as he prepares to join the Conservative leadership race.

Sept. 28, 2016: Scheer files his paperwork to run for the Conservative leadership. He is the sixth official candidate to join the race.

May 27, 2017: Scheer is elected as leader of the Conservative party, barely beating out Maxime Bernier after 13 rounds of voting.

Sept. 28, 2019: The Globe and Mail reports that Andrew Scheer was never accredited to practice as an insurance broker in Saskatchewan, despite his official biographies repeatedly referring to him as such. Scheer maintains he received his accreditation but "left the insurance office before the licensing process was finalized."

Oct. 3, 2019: Scheer acknowledges he is a dual Canadian-U.S. citizen in the wake of a report in the Globe and Mail. He says he never spoke publicly about it because nobody ever asked him. Scheer says he let his passport expire and met U.S. consular officials in August to begin the paperwork to renounce his U.S. citizenship.

Oct. 21, 2019: The Conservatives under Scheer boost the number of seats following a federal election but fail to form government. Scheer frames the loss as a symbolic victory, but a number of Conservatives call for his resignation. He insists he will stay on pending a mandatory leadership review set for April 2020.

Nov. 6, 2019: Conservative members of Parliament vote against giving themselves the power to kick Scheer out as leader of the party in the caucus's first post-election meeting. Many MPs say they want the question of Scheer's future to be decided by the entire party, while others say the caucus should be able to oust the party leader.

Nov. 27, 2019: A group of conservatives calls on Scheer to resign, collecting signatures on a website called "Conservative Victory." Among them is Kory Teneycke, a former chief spokesman for Stephen Harper.

Dec. 12, 2019: Scheer announces he will resign as party leader, saying he can no longer give the Conservative party his all. He says he'll stay on until the party chooses his replacement. He also says he'll continue to represent his Regina riding as a Member of Parliament.

This report by The Canadian Press was first published Dec. 12, 2019.