Kelly Oberle was prepared for twins when one of his cows went into labour last week, but he didn’t expect what happened next. 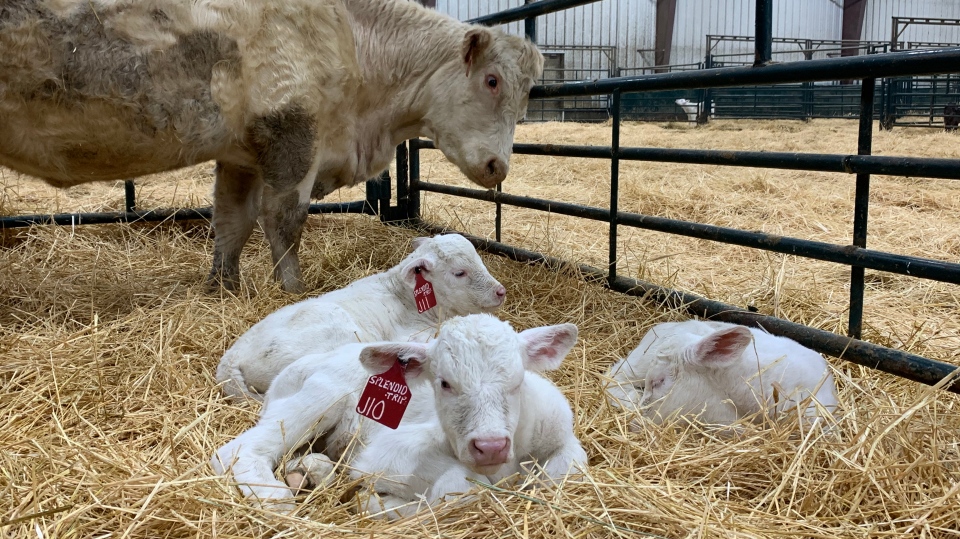 These triplet calves were born a week ago. (Photo: Marc Smith)

"When the first one hit the ground, we put her in the chute, my son went in the back and got the second and we kind of jokingly said, 'let’s go see if there’s a third one,' and there was a third one," Oberle said.

Just as the shock was subsiding, the Oberle farm woke up to another cow having a set of triplets on Wednesday morning.

"We hardly believed it," Tricia Oberle told CTV News in a text message. 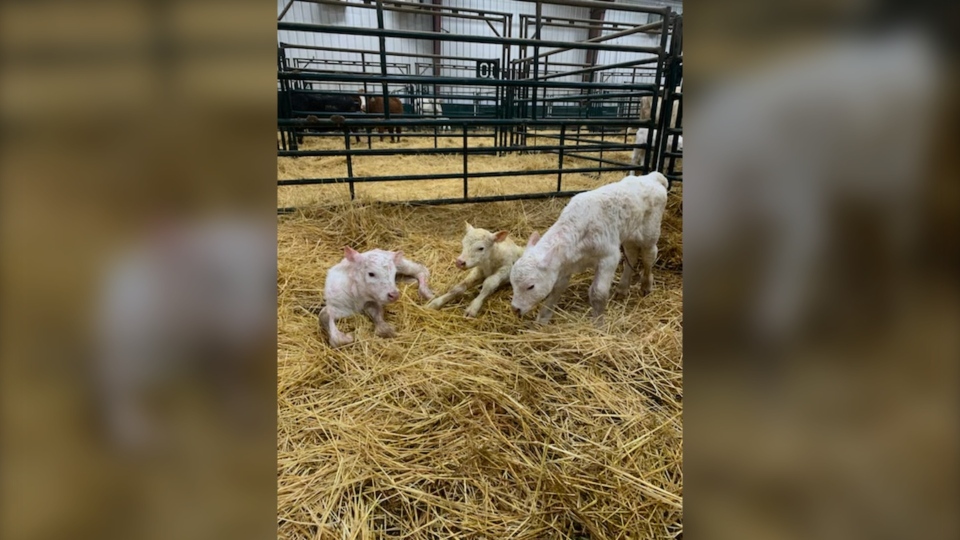 This set of triplets was born on Jan. 27. (Courtesy: Tricia Oberle)

About one to two per cent of cattle have twins, but the chances of triplets is roughly one in 100,000, according to Saskatoon’s Western College of Veterinarian Medicine.

"I’ve been a veterinarian for over 30 years and I’ve only seen triplets a handful of times, so to have two in the same week on the same farm is almost unheard of," Dr. John Campbell, a professor at the Western College of Veterinarian Medicine, said.

The family farm, located just a few minutes East of Shaunavon, has been operating for five generations. Typically, it sees about 45 sets of twins born per year out of 1,400 calves, however, last week’s triplets were a first. 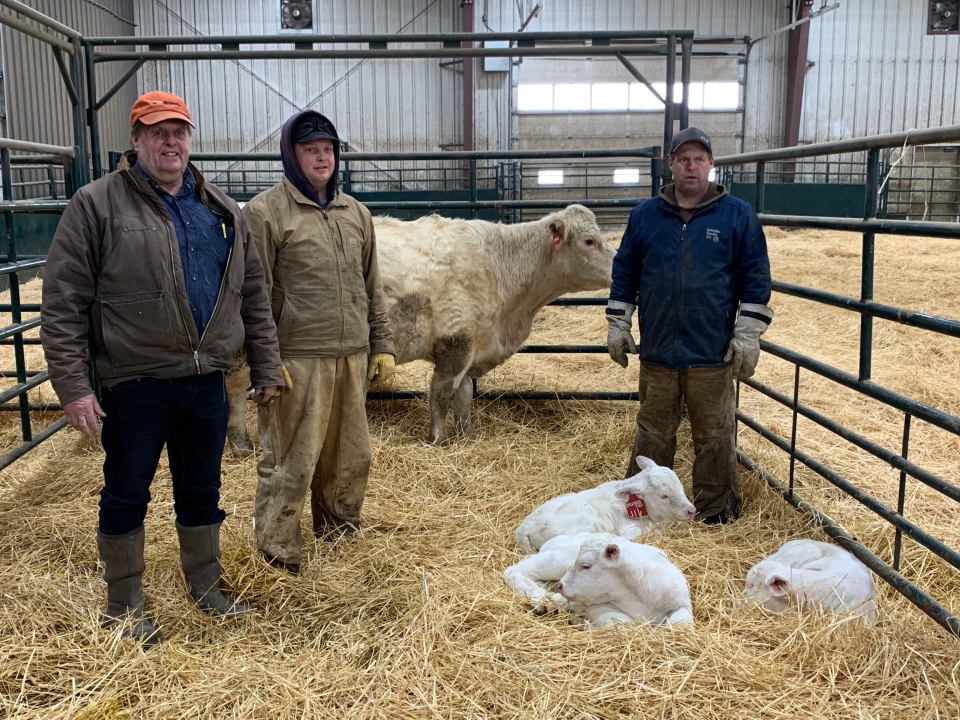 "I wasn’t here, but I was pretty excited," Ralph Oberle, Kelly’s father, said. "It’s a highlight for the farm, we’ll be taking some more pictures."

Dr. Campbell said having all three calves survive is an accomplishment in itself.

Both sets of triplets included two heifers and one bull. Oberle said they’re keeping a close eye on them.

"That’s the trick, keeping them nursing, keeping the bugs away and so far they’re doing really well," Oberle said.

"Calves really rely on that first milk, they’re born without any immunity at all and they have to drink that first milk, that colostrum, to get all their antibodies to protect them against disease in the first few months of life," Dr. Campbell said.

Triplets are becoming a common occurrence near Shaunavon. 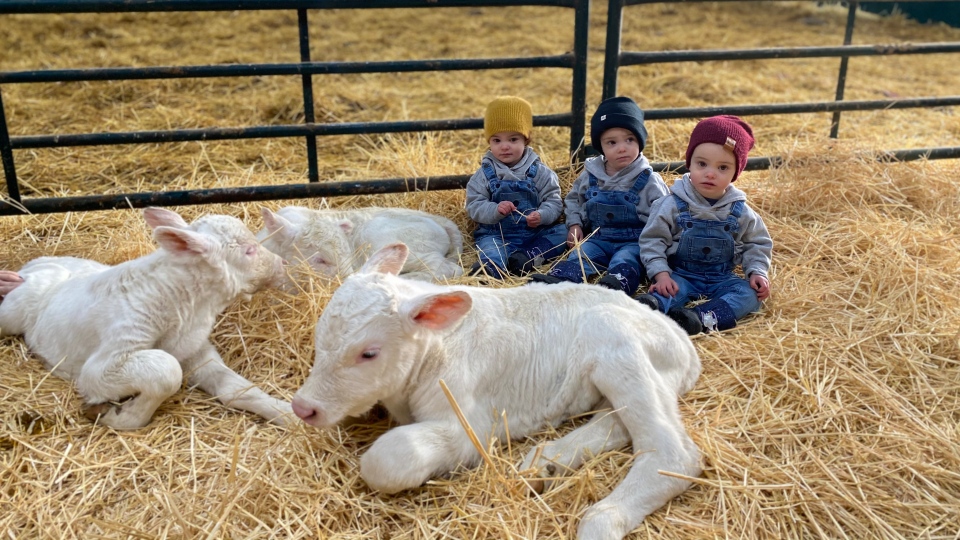 Over the weekend, the triplet calves met some other triplets from the community. (Courtesy: Tricia Oberle)

The triplet calves received a visit from another set of triplets over the weekend. Friends of the Oberle’s, Kyle and Sydney Hardin, have three two-year-old girls and they had a chance to meet up last week.

"That was really cool to see that," Oberle said.