'And all that jazz': Last chance to see 'Chicago' in the round 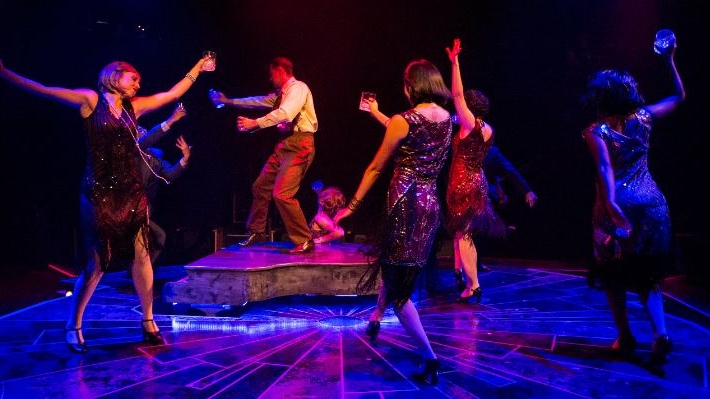 REGINA -- Time is running out to catch the hit musical, "Chicago," at Regina’s Globe Theatre.

The period piece is set in the roaring 20s and transports audiences into the glitz, glamour and seedy underbelly of showbiz and crime.

"Chicago" follows the story of Roxie Hart, an aspiring actor and housewife who kills her lover and becomes a starlet as she tries to clear her name. Hart is played by Sarah Higgins, who has been a fan of "Chicago" since she was young.

“Roxie is an aspiring actress,” Higgins said. “She’s charged with the murder of her lover and that spirals her into instant celebrity and she spends the whole journey eating it up because that’s what she’s always wanted.”

“She is a vaudeville performer that wants to be a big star. She is a big star. She’s on her way to getting even more fame. She’s kind of on the hunt for more fame, more fortune, but she is accused of murder and ends up in jail. So there’s a lot that goes on with her fight to get out of jail and get back to her career and find that fame and fortune in life that she wants,” said Jarvis.

Landing the role of Kelly was a dream for Jarvis. Hailing from Toronto, she began dancing when she was four years old.

“It’s amazing to get to play a part that really encapsulates dance and acting and singing all together at once, I think very equally,” she said. “I’m really loving every minute.”

“Sometimes it’s hard to get cast when you’re a dancer as a lead role because they don’t know that you can sing or act ‘cause you’ve just been focusing on dancing all your life,” said Higgins. “So as a dancer to be able to play a role that can do all those things, it’s a dream for any dancer.”

For director and choreographer, Stephanie Graham, it was important to find so-called triple threats who can act, dance, and sing.

“We are doing this with a cast of 14, which is quite small for the cast of Chicago,” Graham said. “So I needed everyone to be very, very talented in what they do so we can put this show together with a small cast.”

Each actor plays multiple characters, with over 100 costume changes between them. Graham said the show also has the most lighting cues in the history of the Globe Theatre, which is unique in itself. She said being in the round sets it apart from the Broadway musical and movies of the same name.

“We are in a very special space here at the Globe in Regina,” Grahame said. “It’s Canada’s only permanent theatre in the round in the country, so this is not how you’ve seen 'Chicago' before.”

Although the production may look different, the characters remain the same. Even though it was written in the 70s, the cast and crew agree it still remains relevant today.

“They should expect incredible dancing, incredible singing, a really fun, fun evening out at the theatre," said Graham.

Chicago runs until Sunday. Tickets are available through globetheatrelive.com.