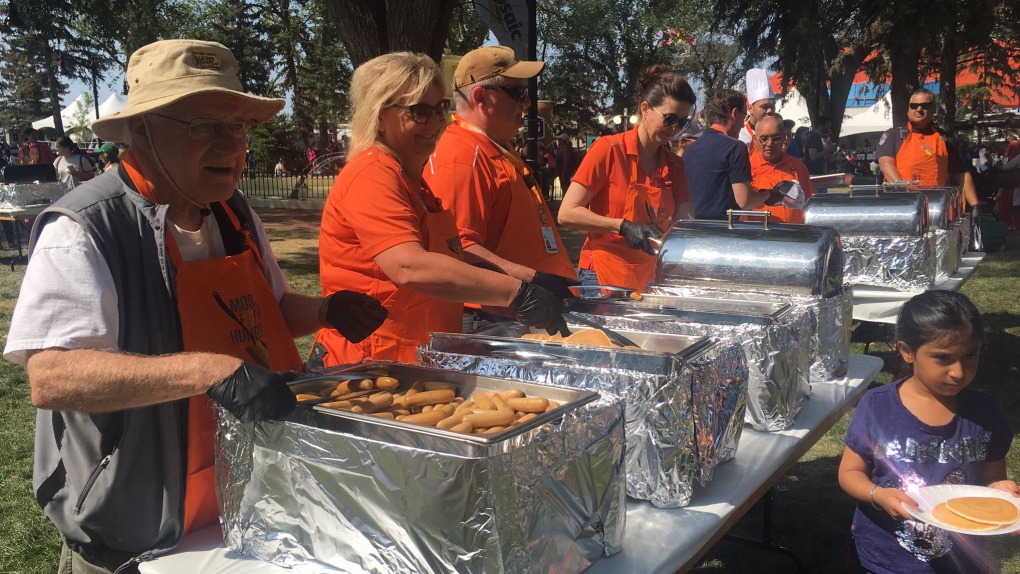 The shelves at the Regina Food Bank got a stocking boost thanks to the annual Mosaic Flip for Hunger pancake breakfast at the Queen City Ex on Sunday.

Hungry carnival-goers could score pancakes for $3. There were donation bins set up at all entrances to the fair on Sunday as well. The event has been coming to the Ex for the past eight years and is an important event for the Food Bank during the summer months.

The exhibition’s final day also featured a Super Smash Brothers tournament, finishing up a weekend of eSports at the event. Organizers say the Ex showed plenty of growth for eSports this year.

There were 200 people taking part in the “Smashfest” tournament, which offers a $10,000 prize pool. The top eight will battle it out for the championship on Sunday night.