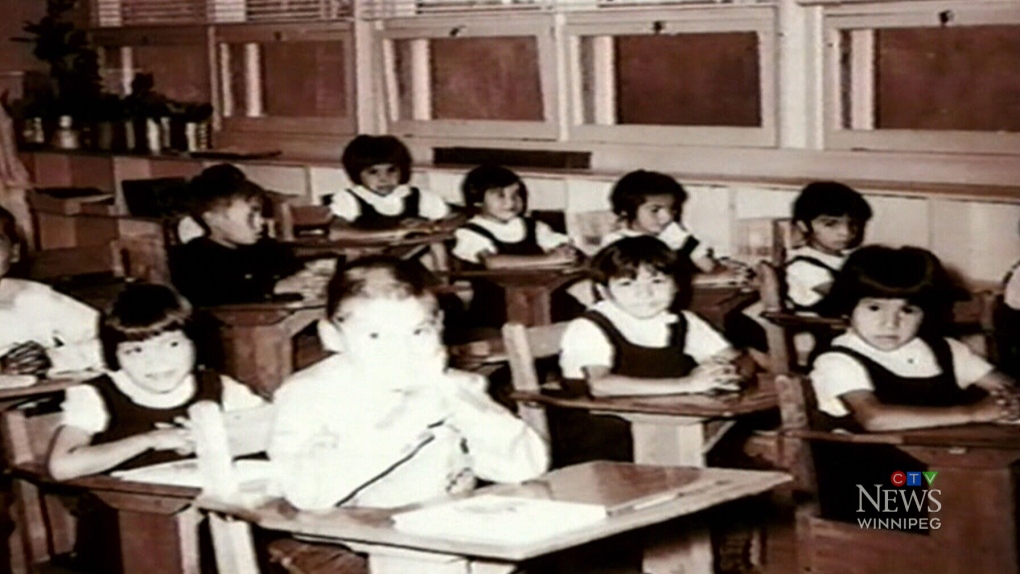 REGINA -- Audrey Goforth spends much of her time looking after her grandchildren, providing a loving home and sending them to school daily.

“I got to make sure they have a better life, someway or somehow,” said Goforth.

When Goforth was five years old, she and her siblings attended the File Hills Indian Day School in Okanese First Nation for three years in the 1960s. The school was run by the Federal Government and United Church.

She remembers her classmates being physically abused by the teachers.

“There was a few rowdy kids that would get taken out of the classroom and we would hear the strap or the ruler. We heard that and we would see kids getting pulled by their ears. There were many times where we did not know what was happening behind closed doors,” said Goforth.

Nearly 200,000 Indigenous, Metis and Inuit children attended more than 700 Indian Day Schools in Canada which began operating since the 1920s. Ninety-one Day Schools operated in Saskatchewan. The schools were similar to Indian Residential Schools except students were allowed to go home but students endured the same physical and sexual abuse.

“We endured the same hardship of loss of culture, loss of our language then of course discrimination,” added Goforth.

In 2009, the late Garry McLean, the original lead plaintiff started the Federal Indian Day School class action lawsuit. He argued Indian Day School survivors were forced to attend and experienced the same abuse as Residential School Survivors and should be compensated.

“He really took strides in ensuring that class members who were not receiving compensation from the residential school settlement receive justice. The settlement was designed to avoid any kind of re-traumatization of class members,” said Alyssa Flaherty-Spence, an associate for the Federal Day School Class Action.

In November, 2018, McLean and Gowling WLG came to an agreement with the federal government and a settlement agreement was signed in March of 2019.

Now 11 years later, First Nation, Metis and Inuit Indian Day School survivors can apply for financial compensation. Anyone who attended Indian Day School, no matter the time they attended, can receive a minimum base payment of $10,000 in compensation and amounts could vary depending on the level of harm a student has experienced. Family of deceased students can also apply if the person died after July, 2007.

“A time frame for compensation has not been determined yet but the claims will be processed as fast as possible,” said Flaherty-Spence.

Goforth says the compensation has been a long-time coming.

“It was a struggle and we all survived. Some didn’t. I just feel sorry for the ones who didn’t make it to this day to make their claim,” said Goforth.