REGINA -- A group of arts organizations and community members gathered Saturday to send a message that Dewdney Avenue should be re-named Buffalo Avenue.

Speaking on Saturday, organizers said the name change would educate people about the importance of the buffalo, as well as honour past stories of Indigenous peoples.

“We think it’s really important for those stories to be honoured,” she said.

The Buffalo People Arts Institute, Common Weal Community Arts and the Multicultural Council of Saskatchewan have teamed up to see the name of Dewdney Avenue changed.

Many people came together on Sunday to create and display Buffalo artwork along the avenue, showing support for the change.

"It’s a way to create something that's visible, but it’s also a way to get people engaged in something that allows for reflection,” said Shaunna Dunn with Common Weal Community Arts. “I feel like it’s in a really positive way and a really affirming position." 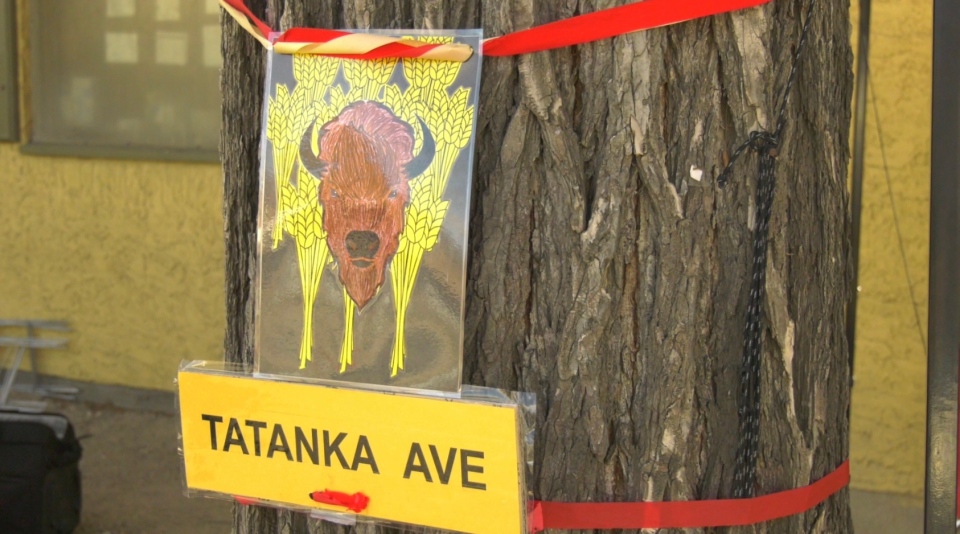 The name Dewdney represents a harmful past for many people.

Dewdney Avenue was named after Edgar Dewdney, who played an integral role in policies that saw Indigenous peoples starved and the creation of residential schools.

"If this street represents the heart of Regina, do we really want to honour somebody like Dewdney, who brought pain and suffering to my ancestors and not that long ago," said Joely BigEagle-Kequahtooway, co-founder of the Buffalo People Arts Institute.

BigEagle-Kequahtooway said the Buffalo don’t roam the land like they used to, but are still in many people’s hearts.

“They’re still in our DNA. They're still in our mind, body and spirit,” she said. “We just want to share that with everybody here.  This is about resilience."

She said it could be named after other Nakota, Cree or Blackfoot words that mean buffalo, including tatanka, paskwa moostoos, or inni.

The project is part of a series of efforts to tackle racism in the province.

Their petition to change the name can be found here.

— With files from Morgan Campbell