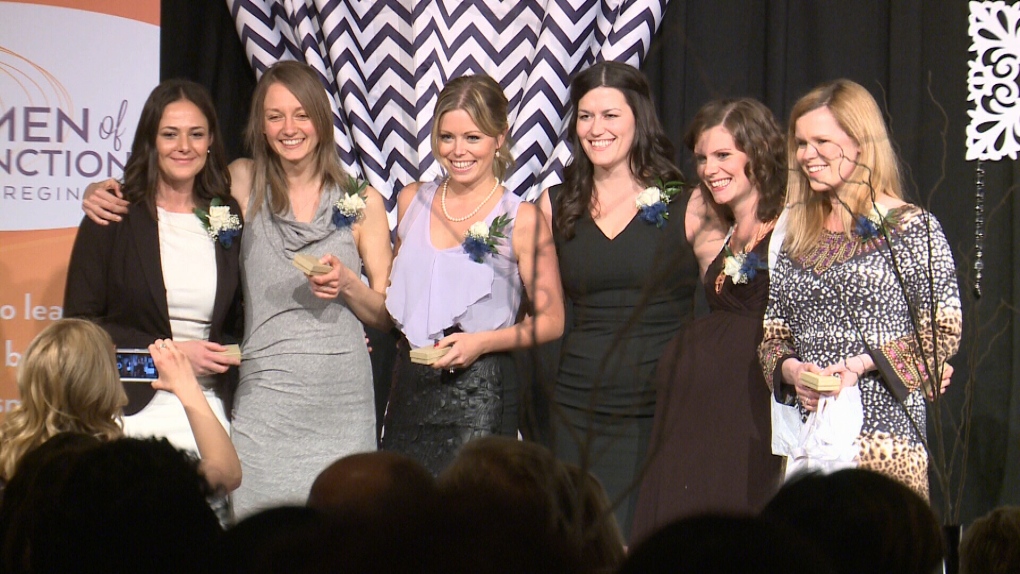 Some of Saskatchewan’s most inspiring women gathered to be acknowledged for their commitment to the community.

The 34th Annual Women of Distinction awards ceremony was held last night at the Conexus Arts Centre. Forty six women from southern Saskatchewan were nominated for awards in twelve different categories. They were recognized for their contributions and achievements in areas such as the arts,healthy living, science and mentorship.

The YWCA Women of Distinction Awards in nationally recognized as one of the most prestigious events honoring women in Canada. This event is an opportunity to publically commend these women who have earned admiration and respect.

Dr. Jo-Ann Episkenew was awarded the Lifetime Achievement Award. She accepted it via video for her contributions to academics and research to the health of Aboriginal youth. Currently, she is the director of the Indigenous People’s Health Research Centre (IPHRC).

This event is the YWCA Regina’s largest fundraiser. The money that is raised is used for crisis support programs offered by the YWCA, such as The Isabel Johnson Shelter, the Kikinaw Residence, the Children Exposed to Violence Program, the Big Sisters Program and My Aunt’s Place, a homeless shelter for women and children.