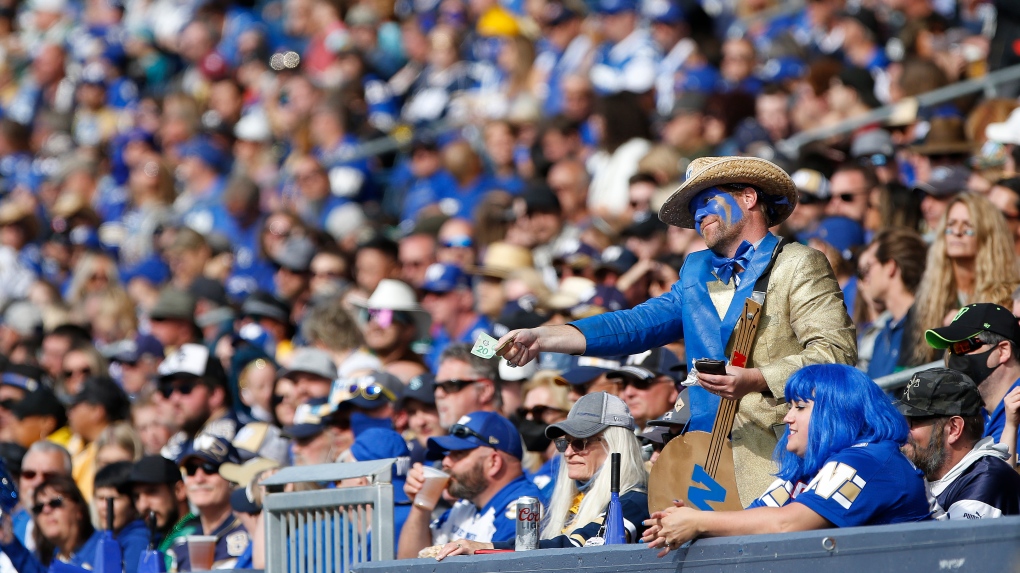 Neither rivalry matchup between the Winnipeg Blue Bombers and Saskatchewan Roughriders has been played yet, but the Bombers are winning in terms of ticket sales.

The Bombers announced Wednesday this year’s “Banjo Bowl” against the Riders in Winnipeg is sold out, beating the Labour Day Classic to the punch.

The sellout comes despite the fact the Labour Day Classic is set to be played a week prior to the Banjo Bowl on Sept. 4 at Mosaic Stadium.

As of Wednesday afternoon, the Labour Day Classic is down to resale tickets in the lower bowl but several upper sections have numerous tickets available, according to Ticketmaster.

More than 100 tickets are still up for grabs in Section 639, while all but 12 seats remain available in Section 573, both on the stadium’s east side. 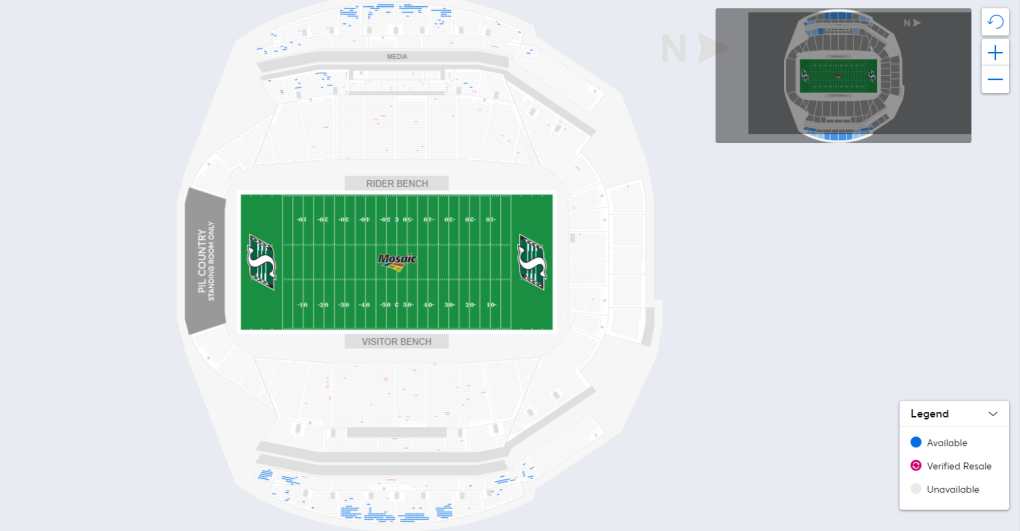 Most of the tickets available cost between $70.50 and $88.50 each for a Standard Adult Ticket.

The Riders have yet to record a sellout so far in the 2022 season and have only posted paid attendance above 28,000 once so far. That crowd of 28,216 was recorded in the home opener against the Hamilton Tiger-Cats on June 11.

According to a release from the club last week, the team has reviewed ticket sales to reduce prices for around 2,700 seats during the 2023 season along with other changes like additional locations for Family Ticket Packages.

The Riders have four home games remaining in the 2022 regular season.

What each province, territory is doing on National Day for Truth and Reconciliation

Friday is the second annual National Day for Truth and Reconciliation, also known as Orange Shirt Day. The federal government made Sept. 30 a statutory holiday for its workers and federally regulated workplaces last year.

The national chief of the Assembly of First Nations says today's National Day of Truth and Reconciliation is about the survivors of Canada's residential schools and the children who died in them and never made it home.

'Justinflation' can't be said in the House of Commons, but MPs are trying anyway

The Conservatives' cheeky term for inflation under the Liberals has got some MPs into trouble in the House of Commons, where saying 'Justinflation' has been deemed verboten.

A revived Hurricane Ian set its sights on South Carolina's coast Friday and the historic city of Charleston, with forecasters predicting a storm surge and floods after the megastorm caused catastrophic damage in Florida and left people trapped in their homes.

Russia pounded Ukrainian cities with missiles, rockets and suicide drones, with one strike reported to have killed 25 people, as it moved Friday to annex Ukrainian territory and put it under the protection of Moscow's nuclear umbrella despite international condemnation.

Opposition parties and aid groups say the Trudeau government is dragging its feet in carving out exemptions to anti-terrorism laws to allow humanitarian groups to reach desperate people in Afghanistan.

'The noise was deafening': Snowbirds, Canadian travellers describe what Hurricane Ian was like

As Hurricane Ian rips through Florida, the immense destruction is also being felt by Canadian property owners, also known as snowbirds. For those who rode out the storm, it may be a long wait until they can book a flight home.

Photos and videos of sharks and other marine life swimming in suburban floodwaters make for popular hoaxes during massive storms. But a cellphone video filmed during Hurricane Ian's assault on southwest Florida isn't just another fish story.