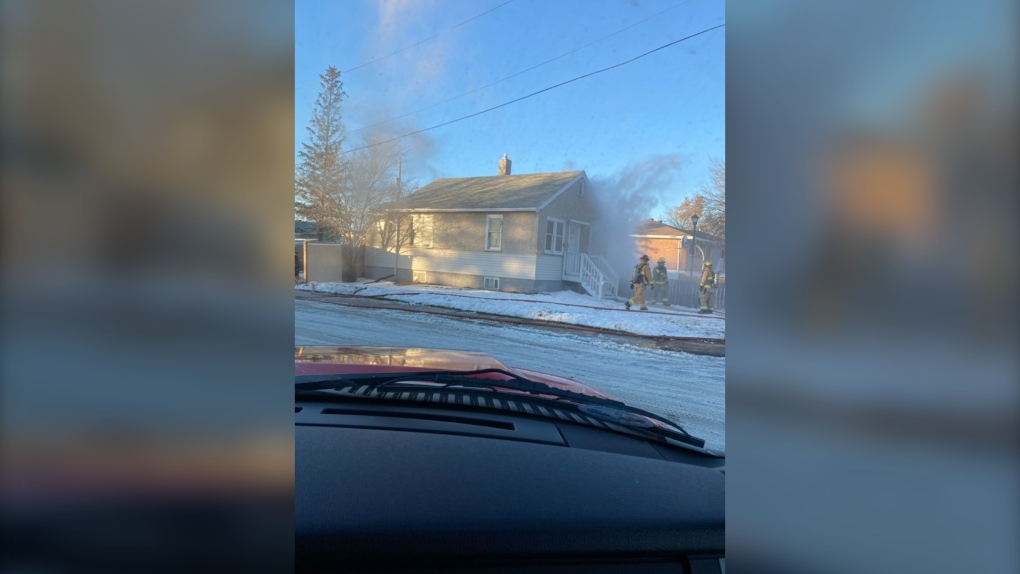 Firefighters with RFPS responded to a fire in East Regina on Nov. 26. (Regina Fire/Twitter)

Firefighters responded to a basement fire in east Regina on Saturday afternoon.

At around 4:30 p.m. on Nov. 26, crews from the Regina Fire and Protective Services (RFPS) were called to the 2000 Block of Embury Street for reports of a house fire.

When crews arrived in the area, there was visible smoke coming from the basement of the residence, according to a post by the RFPS.

The blaze was controlled in the basement as firefighters completed their search of the house.

Firefighters continued to work on salvage and overhaul following the incident.

The fire will be investigated, according to the RFPS.

Crews on scene of a structure fire 2000 Blk Embury St. Smoke showing on arrival. Initial responding crew made entry and controlled the fire in the basement. Searches completed. No injuries. FFs continue salvage and overhaul. Avoid the area. Fire will be under investigation #YQR pic.twitter.com/9MvoNFkYWk

Canada's health care system is not working as well as it should and that has to change, Prime Minister Justin Trudeau said Tuesday as he prepared to meet the premiers to work on a new health-care funding deal.

Search teams and emergency aid from around the world poured into Turkiye and Syria on Tuesday as rescuers working in freezing temperatures dug, sometimes with their bare hands, through the remains of buildings flattened by a magnitude 7.8 earthquake. The death toll soared above 5,000 and was still expected to rise.

A former London police officer was sentenced Tuesday to life in prison with a minimum term of 30 years for raping and sexually assaulting a dozen women over a 17-year period.

Exoplanet 31 light years away could be habitable: astronomers

Astronomers have discovered a rocky exoplanet about a few dozen light years away from Earth with conditions that could make it habitable.

John Benoit of West Jeddore, N.S., says he has been beachcombing for over 50 years, but his most recent discovery -- a Killick anchor -- is by far his most memorable.