'Because of my uncle Dustin': Regina boy shaves head to support Movember, raises more than $2,000 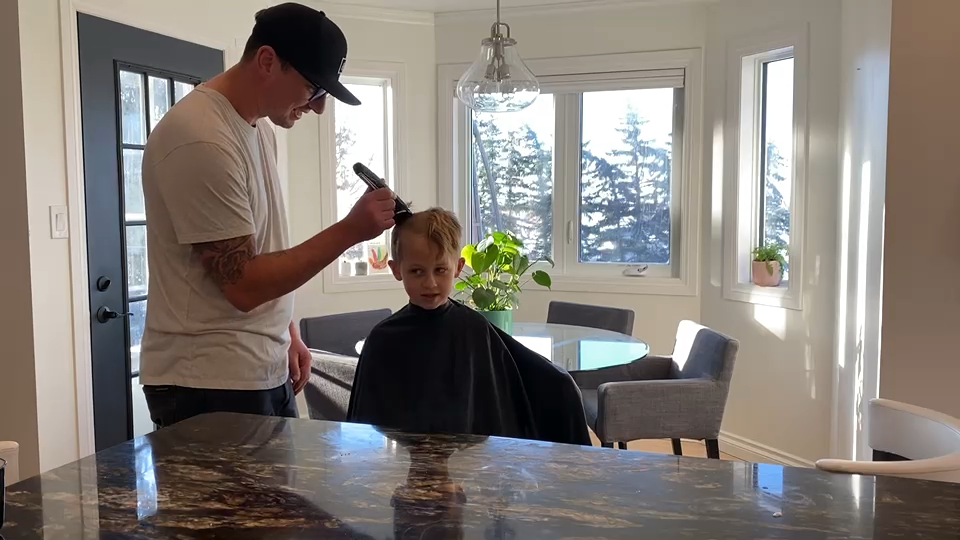 REGINA -- A Regina boy has raised more than $2,000 for the Movember Foundation, despite not quite being old enough to grow a moustache.

“It’s something where you grow a moustache and you cut it, but I cut my hair,” Henry said. “Because of my uncle Dustin.”

Henry’s mom, Amy, said he had wanted to help in some way after the family had talked about cancer.

“I was like, ‘Oh jeez, that's a lot of money, Henry,’” she said. “Within three hours, he had surpassed that goal."

Henry’s uncle, Dustin Smith, was diagnosed with testicular cancer almost one year ago.

Since then, he’s had surgery and other treatments on his road to recovery.

“Doing good. Chemo has done its job so far,” Smith said Sunday. “We’re just in monitoring making sure it stays away.”

Smith did the honours, shaving Henry’s head to mark the end of Movember.

He said it’s important for men everywhere to keep their mental and physical health in mind year round.

“As men we can be stubborn in looking for these things or admitting that we might need some help dealing with some things,” Smith said. “It’s great to bring awareness to these issues.”

Henry’s page is still active under his mom’s name with a few days left this month.

He’s grateful for everyone who has supported him so far, and he hopes he can one day be able to grow a moustache.