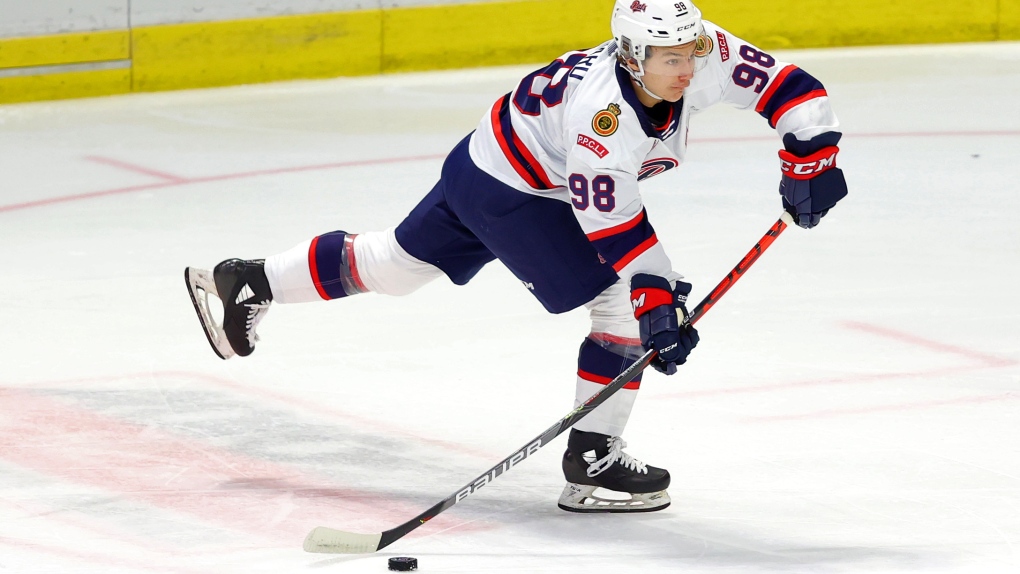 Connor Bedard, shown in a handout photo playing for the Regina Pats. THE CANADIAN PRESS/Keith Hershmiller

16-year-old Connor Bedard made his first game back with the Regina Pats count on Saturday, scoring four goals including the overtime winner over the Moose Jaw Warriors.

Bedard's performance in the 7-6 win follows another four goal performance in Team Canada's 11-2 routing of Austria at the world junior men's hockey championship on Dec. 28, prior to the cancellation of the tournament.

Other goal scorers for the Pats in the high-offense rivalry matchup were Logan Nijhoff, Cole Dubinsky and Drew Englot.

Bedard now has 18 goals in 25 games on 2021/22 WHL campaign, just one goal shy of entering the WHL's top ten scorers, most of whom have played at least 30 games so far this season.

Connor felt like adding a maraschino cherry on top of this masterpiece. Oh, and he felt like calling game. 🚨🚨🚨🚨@WHLPats | #CB98 pic.twitter.com/EvjD1Y1I8a

Next up for the Pats is another rivalry matchup on Jan. 7 against the Saskatoon Blades. The Warriors were set to play the Winnipeg Ice on Monday, but that game has been postponed. Instead, they're off until a matchup with the Lethbridge Hurricanes on Jan. 7.

Elsewhere, the Swift Current Broncos had their games scheduled for this weekend postponed.