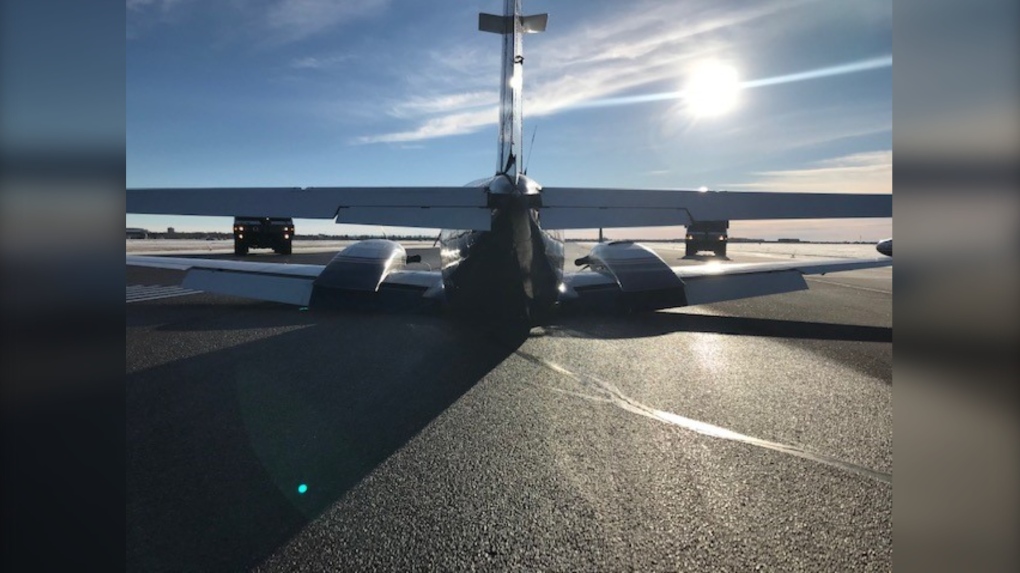 REGINA -- A small aircraft slid down the main runway at the Regina International Airport Tuesday morning after landing without wheels.

Airport fire trucks responded immediately, but there was no fire. The pilot was the only person on board, and he was not injured.

The privately-owned Piper twin-engined plane came down at about 10:30 a.m. The main runway was closed for several hours due to the incident, but no flights were delayed as a result.

Airport operations continued using the secondary runway. Once the Transportation Safety Board gave approval for the plane to be removed, a large front-end loader moved in.

The plane was raised so that the landing gear could be lowered. It was then towed to a nearby hanger.

Before the runway could be reopened, airport staff had to ensure there was no debris left on the runway.

“Our airport crews will go out and do a foreign object debris check, or a FOD check,” James Bogusz, Regina International Airport CEO said. “This is to make sure we can reopen the runway safely after a visual inspection. And if needed, our crews will sweep the runway using specialized equipment.”

The runway reopened early Tuesday afternoon. Damage to the plane is extensive, with the propellers bent backward. Airport staff used large sweeping machines to clear the runway of any possible debris. The Transportation Safety Board will be conducting an investigation into the cause of the incident.