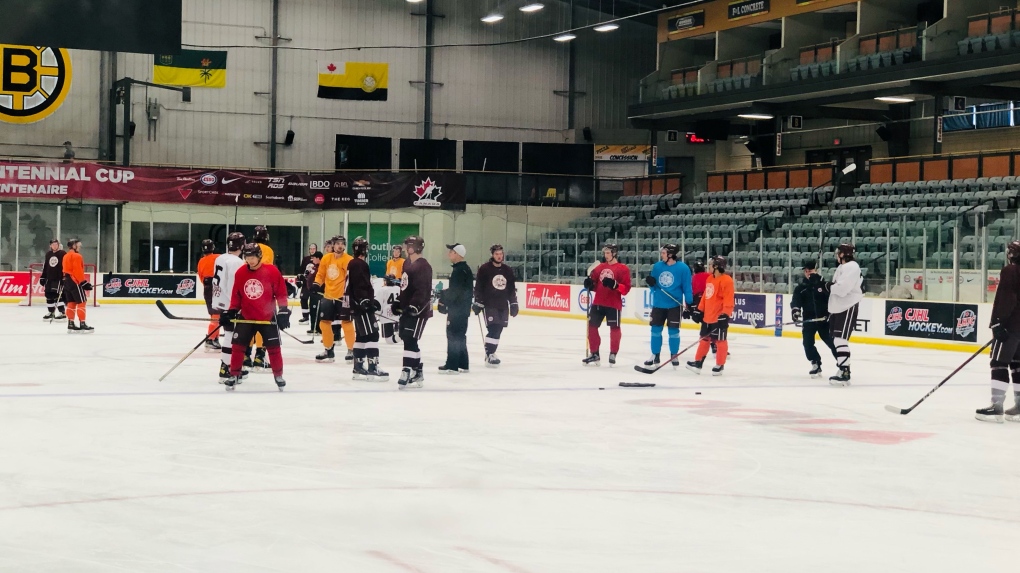 The Flin Flon Bombers will take on the Pickering Panthers of the Ontario Junior Hockey League (OJHL) in the quarterfinals of the Centennial Cup in Estevan, Sask.

The Bombers are the only Saskatchewan Junior Hockey League (SJHL) team left in the tournament. The host, Estevan Bruins, lost out after preliminary round play. The Bruins finished fourth in “Group A” with a 1-3 record. The Bombers finished third in “Group B” with a 3-1 record.

“I know what it’s like as a team watching another SJHL team, you want them to represent the league the right way and hopefully we can do that and make everyone proud in the league,” said head coach, Mike Reagan.

Quarterfinal action begins at 4:00 p.m. on Saturday, May 27. The Bombers were in a different pool than the Panthers in preliminary round action, which means this will be the first meeting for the two teams.

“You just have to treat it like any other game. I mean you’re really only playing every team once so you just kind of have to rely on guys to make those adjustments (for each team),” said forward, Zak Smith.

“We have done a lot of video and you know you try and look at their strengths and come up with a game plan that’s going to counter theirs and hopefully if we execute that, it will be enough to win,” said Reagan.

The Collége Français De Longueuil of the Ligue de hockey junior AAA du Québec (LHJQ) and Summerside Western Capitals of the Maritime Hockey League (MHL) are the other quarterfinal matchup.

“They have a lot of great players (on Brooks) but I think we have the heart and character to beat those guys if we matchup against them,” said Smith. “If there’s a team that can beat them, it’s us but we’re not going to look too far ahead. We have to get past Pickering first then go from there.”

Semi-final action is on Saturday with the Centennial Cup final on Sunday at 4:00 p.m. TSN and TSN.ca will broadcast the final game.