Boy hit by vehicle in Regina darted out onto busy street: witness 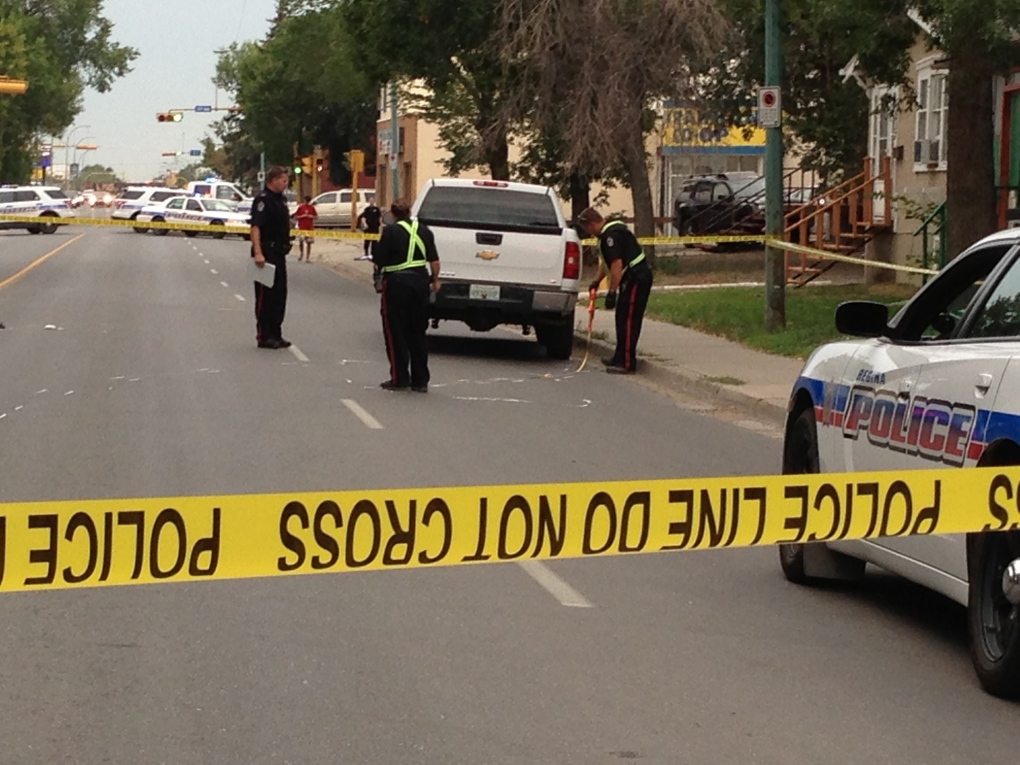 A witness says a young boy ran out onto a busy Regina street before he was struck by a vehicle late Wednesday afternoon.

City councillor Wade Murray says he saw the boy dart out onto the street before he was hit by a pickup truck in the 1800 block of Winnipeg Street.

He said the boy, who looked to be about five years old, was thrown about 20 feet by the impact of the crash.

“He was in a very tight fetal position and then sprawled out and laid there,” Murray said.

“Passersby kept saying ‘stay still, don’t move’ and he did.”

The boy was taken to a nearby hospital. The extent of his injuries wasn't immediately clear.

Murray says the boy had a close call with another vehicle just moments before the collision.

“He ran in front of our vehicle and three vehicles ahead of us,” he said.

“I watched a (car) hit the brakes and hit the horn…the little guy just about got hit.”

Winnipeg Street was closed between 11th Avenue and 12th Avenue while police investigated.