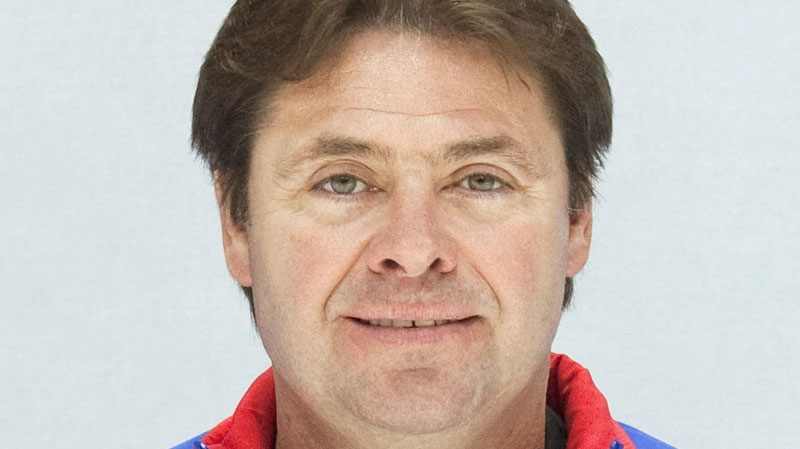 Brad McCrimmon was remembered as an imposing physical presence and loving family man.

The 52-year-old McCrimmon died in the crash of a chartered Yak-42 jet in western Russia that took the lives of 28 Lokomotiv Yaroslavl players, two coaches and seven other staff members on Sept. 7. McCrimmon was hired as Locomotiv's head coach in May after three seasons as an assistant with Detroit.

"When I think of Brad McCrimmon, what I think about is a man who had a love affair with his dad, his brother and his son, and of course his wife," Babcock said.

McCrimmon helped the Calgary Flames win their lone Stanley Cup title in 1989, and he returned to the team as an assistant coach from 2000 to 2002.

"As a coach, an assistant coach, he brought a smile to everyone's faces," Detroit captain Nicklas Lidstrom said. "He wanted things done a certain way. He had a gentler side to him. As players, we saw that."

McCrimmon, who had an 18-season NHL career as a defenceman, was Lidstrom's first defensive partner with the Red Wings when Lidstrom was a rookie during the 1991-92 season. The seven-time Norris Trophy winner said McCrimmon showed him the ropes in the NHL.

McCrimmon, who also played with Boston, Philadelphia, Calgary, Hartford and Phoenix, had 81 goals, 322 assists and 1,416 penalty minutes in 1,222 NHL games.

The native of Dodsland, Sask., was an assistant coach with the New York Islanders, Calgary and the Atlanta Thrashers.

The crash, one of the worst aviation disasters in sports, shocked the international hockey community. Ruslan Salei, who played with Detroit last season, and former Red Wings goaltending prospect Stefan Liv also died in the crash.

The only person to survive, flight crew member Alexander Sizov, was in intensive care at Moscow's Sklifosovsky hospital.

After the funeral, a bagpiper played as the coffin was carried from the church. McCrimmon is survived by his wife, Maureen, and children Carlin and Liam.