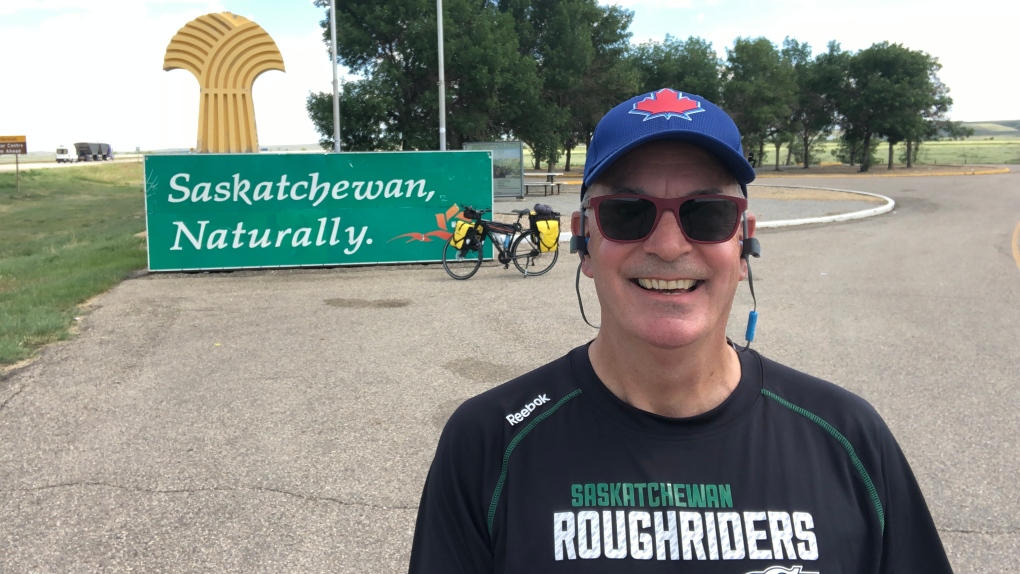 REGINA -- Dr. Dave Merrell is biking across the prairies to raise awareness of sleep apnea.

Merrell, the founder of the Sleep Apnea Society of Canada (SASOC), recently stopped in Saskatchewan during the journey.

He began his trip in Calgary on July 1 and is riding to Winnipeg.

“Some of the biggest problems in Canada are an inadequate number of sleep specialists and sleep facilities,” said Merrell.

“There is a big deficit in terms of funding from the provincial health care authorities. In some provinces, you may get some funding for treatment. In others, there is none at all,” he said.

Merrell said that sleep apnea affects 10 to 12 million Canadians, but almost 90 per cent of people are undiagnosed. A recent study has suggested that those with the condition are more susceptible to more dangerous cases of COVD-19.

“We're trying to deal with the COVID situation of course and all these things,” said Merrell. “If we can now start to suggest to individuals with sleep apnea that they have to be even more careful, then that's an important message we should try to get out"

Merrell is hoping that his ride encourages provincial governments to increase funding into sleep apnea.

Although sleep apnea is a relatively new condition, it affects people of all ages and genders – not just older males. Merrell reported even some young children have been diagnosed.

“People with sleep apnea have five to seven times greater risk of having an automobile accident,” he said.

Snoring and being chronically tired are the most common symptoms of sleep apnea. Dr. Merrell encourages people who experience those symptoms, or who are more than 40 years old, to get tested for the condition.