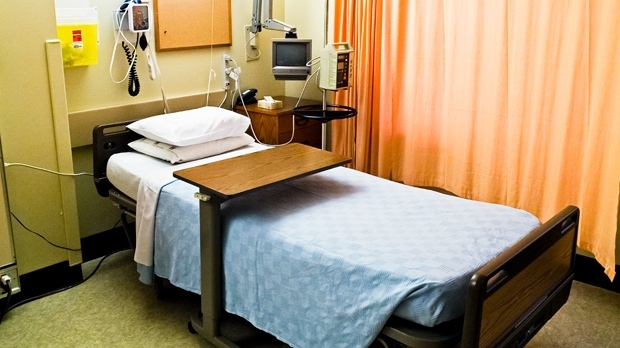 File image of a hospital bed.

REGINA -- A northern Saskatchewan man is once again calling on the province to expand the number of long term care beds in La Ronge.

Gary Veteri’s wife suffers from early onset dementia, and he serves as her caregiver on evenings and weekends when she isn’t in homecare. He says she’s ready for placement now, but it would put hours of driving between the two if changes aren’t made.

“My options are three to four hours away to visit her, because there is no room in La Ronge for her,” Veteri told reporters following Monday’s question period. “To me that’s not an option, that won’t happen.”

A year ago, Veteri raised the issue at the Saskatchewan Legislative Building, where he was told his concerns were being looked into.

He says since then, there hasn’t been any new progress.

“Why they bothered dangling the carrot to start with I don’t know, because they haven’t done anything since,” Veteri said. “I haven’t seen any changes.”

“The plan’s there, it’s supposed to be something that people want to see,” “They’re tired of taking their loved ones away, taking them down south and that’s where they get placed, they have no choice, they’re forced to,” Vermette said. “Then they pass away, and they bring them home to bury them and the families want to be close.”

The government says although it isn’t the answer Veteri and others are looking for, the project is still in the planning stage.

“We are still working on the plan, and we have to establish our priority of facilities across the province,” said Warren Kaeding, the minister of rural and remote health. “I know that we have a number of communities right now or facilities that are in the planning stages and La Ronge is certainly one of those and it’s certainly a priority to us.”

Kaeding adds the priority is determined by the size, needs and growth of the community. Distance to other care facilities is also considered.

“I don’t have a set timeline to when this is going to happen, just again understanding the needs of the community and we’ll continue to work towards providing them the service that they’re asking for.”

The minister has requested to meet with Veteri, but he’s looking for progress.

“Quit promising me something you’re not going to give me,” Veteri said.