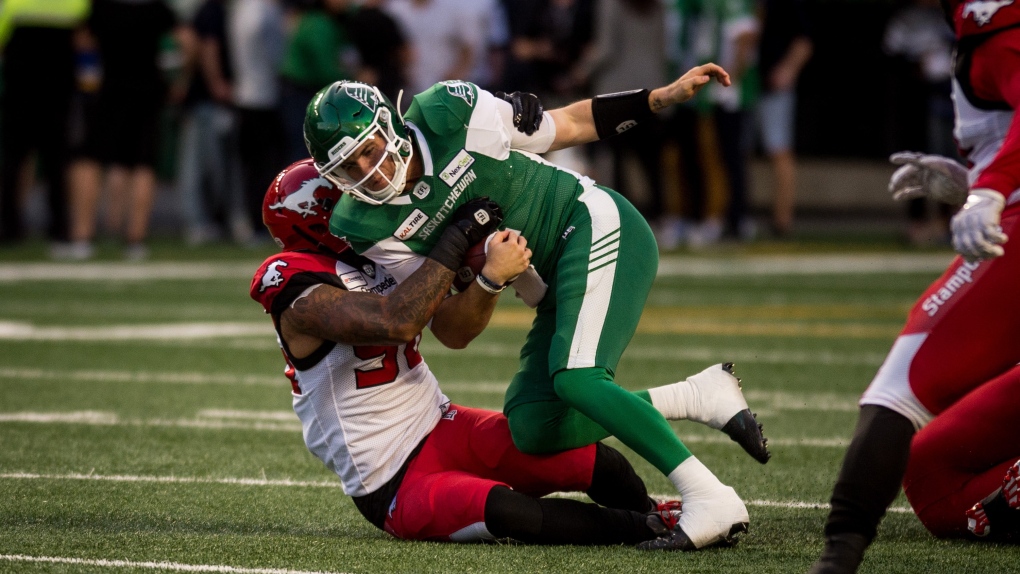 It happened during a hard-fought contest between the two clubs, both vying to be on top of the CFL’s West Division standings.

Casher was ejected from the game for holding Fajardo’s ankle after a sack. The Stampeders were also handed a 25-yard penalty on the play.

As per league policy, the amount Casher was fined is not being disclosed.