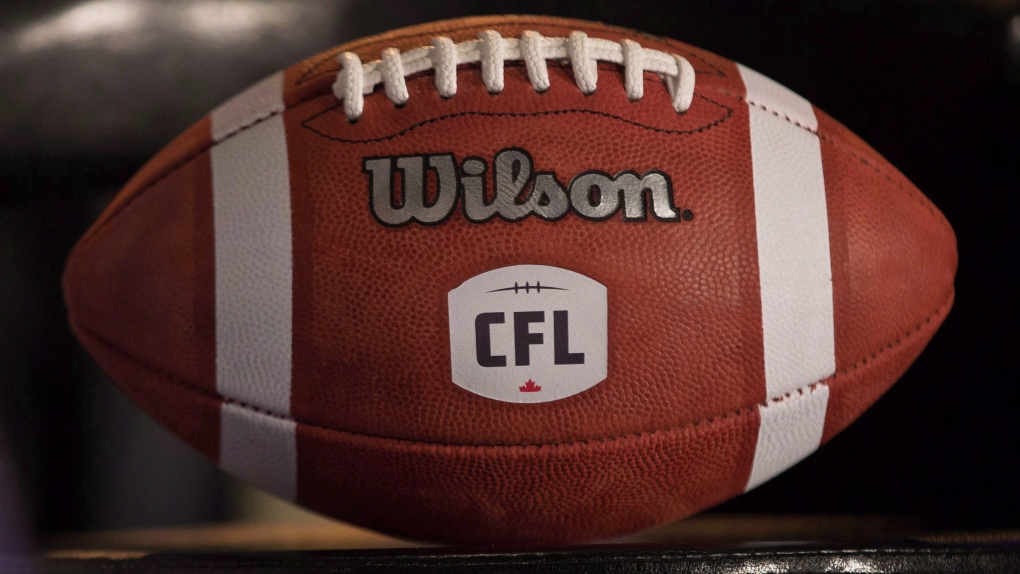 A football with the new CFL logo sits on a chair during a press conference in Winnipeg, Friday, November 27, 2015. (John Woods/THE CANADIAN PRESS)

The CFL Players' Association says it is investigating league sanctions against players who have recently been the subject of "serious allegations."

A statement issued by the CFLPA on Wednesday said its role as the players' union is to "protect the due process rights of all CFLPA members.

"In that capacity, we are investigating CFL actions against players who have been identified in these cases."

The statement did not specify which cases the CFLPA was investigating, but the league has recently said it will not register a contract for released players Teague Sherman and Jerome Messam after they were charged with criminal offences.

Ottawa police charged Sherman, a former Redblacks defensive back, with two counts of sexual assault on July 18. Messam, a running back, was released by the Saskatchewan Roughriders after being charged with voyeurism by Calgary police on July 30.

In both cases, the player was essentially barred by the league from signing with another team. Neither of the alleged offences have been proven in court.

"Our concern is that the CFL office has subjectively and on a case-by-case basis imposed sanctions against these players -- citing league policies that may be contradictory to the collective bargaining agreement," the union said.

The CFL has not yet responded to a request seeking comment.