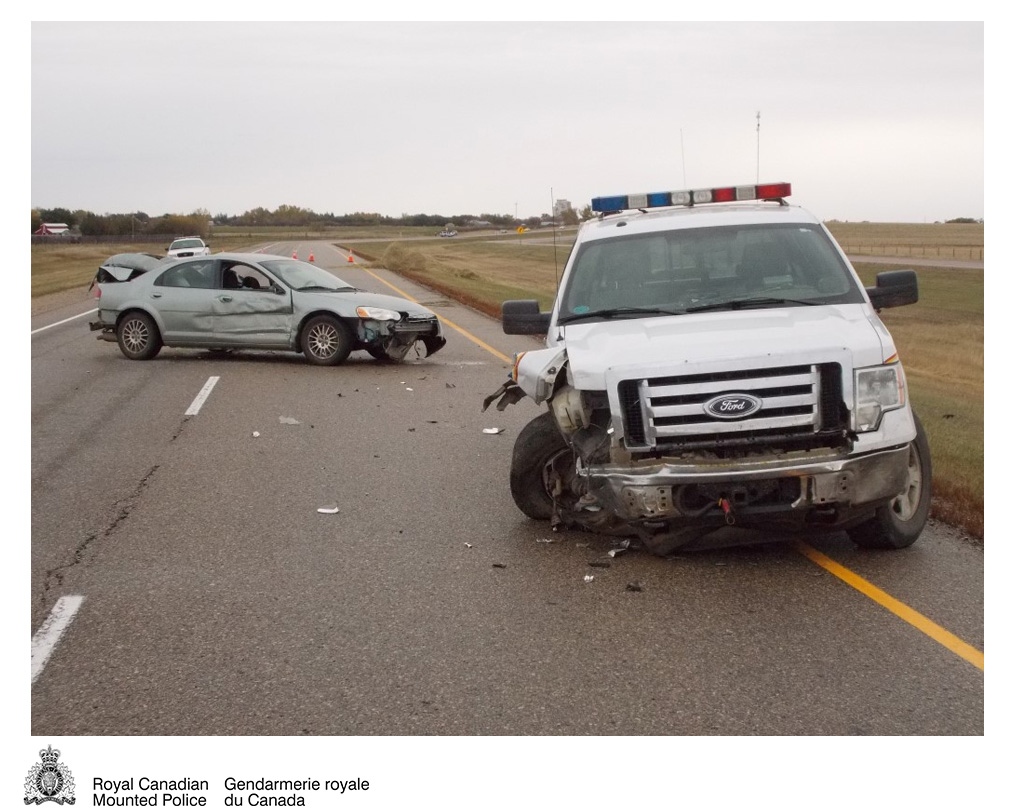 A stolen car and an RCMP vehicle were damaged during a police pursuit Monday east of Swift Current. (RCMP handout)

RCMP in Swift Current have laid a slew of charges against a Calgary man who allegedly led police on a high-speed chase in a stolen car.

Mounties say a man robbed a store in Swift Current, then pulled a 77-year-old woman from her car and drove away with the vehicle Monday morning.

RCMP later received a report that a car matching the description of the stolen vehicle was seen speeding on the Trans-Canada Highway about 20 kilometres east of Swift Current.

Police began pursuing the vehicle and officers deployed a spike belt in the eastbound lanes of Highway 1 between Rush Lake and Herbert, but the suspect avoided it.

The stolen vehicle crossed the median several times before reaching Herbert, where it slammed into the front of an RCMP cruiser.

The car then drove the wrong way down the eastbound lanes of Highway 1. The suspect was attempting to cross the median again when he lost control of the vehicle and struck a large, round hay bale, then hit the damaged RCMP cruiser again.

The suspect was arrested and taken to a nearby hospital before being transported to hospital in Swift Current.

The RCMP officer in the cruiser that was hit was taken to hospital in Swift Current as a precaution and has since been released.