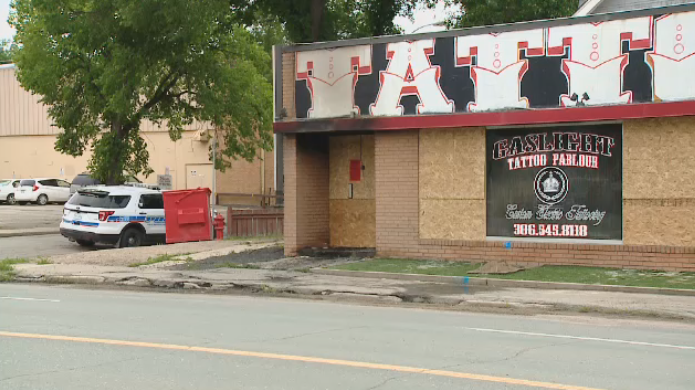 Fire damaged the Gaslight Tattoo Parlour in Regina on July 4, 2016.

Police have now charged a 29-year-old man in connection with a fire at the Gaslight Tattoo Parlour back in July of 2016.

Emergency crews were called to the tattoo shop on Saskatchewan driver just before 1:00 a.m. on July 4, 2016. Police determined that the fire was intentionally set.

Kelly Ryan Powell, 29, was arrested on Jan. 12, 2017 and charged with arson and uttering threats.

Powell made his first appearance in court on Jan. 13.