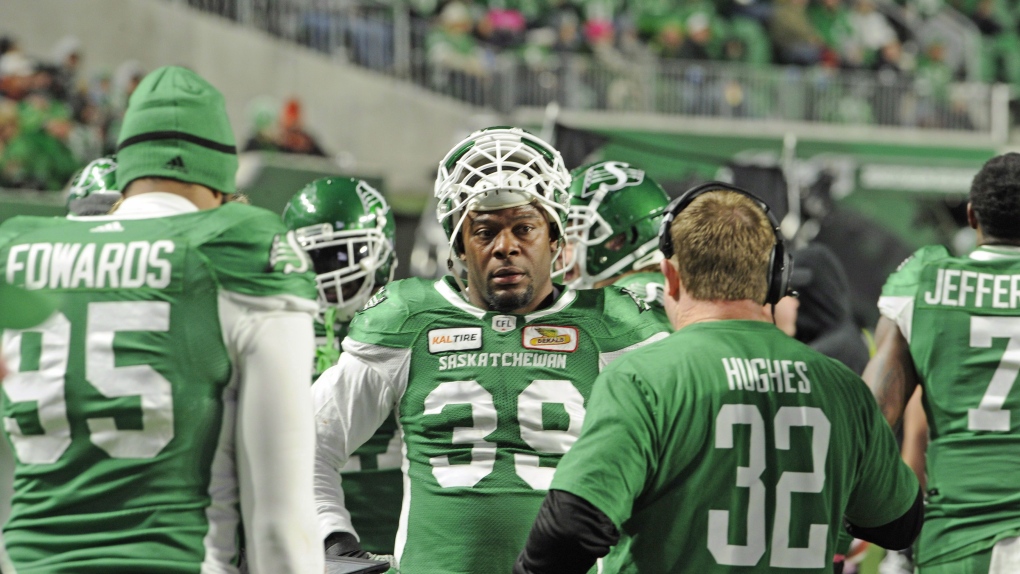 Saskatchewan Roughriders defensive lineman Charleston Hughes spekas with head coach Chris Jones on the sidelines during second half CFL action against the B.C. Lions at Mosaic Stadium in Regina on Oct. 27, 2018. THE CANADIAN PRESS/Mark Taylor

Charleston Hughes is back with the Roughriders after spending 2021 with the Toronto Argonauts.

Hughes, who hails from Michigan, played two seasons with the Saskatchewan Roughriders in 2018 and 2019 where he won the sack title and was named CFL All-Star.

During his two seasons with the Riders, he made 85 defensive tackles, 31 sacks, seven forced fumbles and two defensive touchdowns.

The defensive lineman won Grey Cup championships in 2008 and 2014 during his ten years with the Calgary Stampeders.

He returns to the green and white for his 14th CFL season.

Alberta Premier Jason Kenney is urging the U.S. government to convince Michigan to abandon its legal campaign against the Line 5 pipeline.