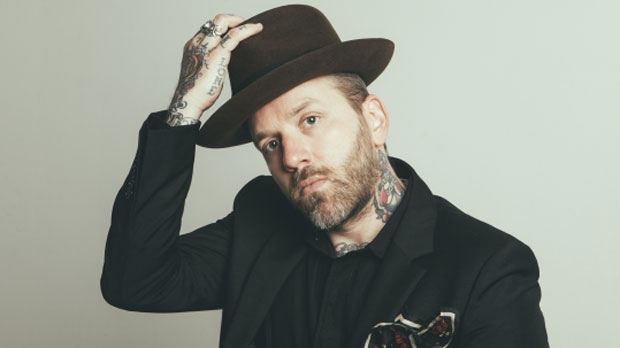 Dallas Green, the voice behind City and Colour, announced he tested positive for COVID-19, four days after a performance in Regina.

The artist announced the news in a social media post on Thursday afternoon. City and Colour performed at the Conexus Arts Centre on Sunday night.

“In spite of being fully vaccinated, taking precautions and being as safe as we could while touring, the virus caught up to the City and Colour family,” Green said in a statement posted to social media.

“The affected crew members and I are all resting and isolating. We’re all doing ok.” 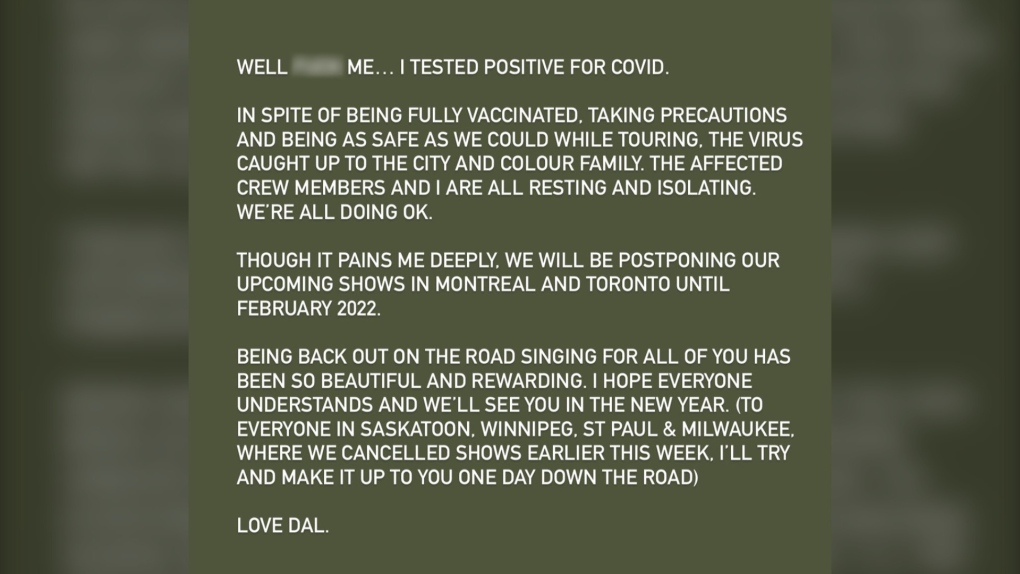 Dallas Green, the voice behind City and Colour, announced he tested positive in a statement on social media, on Dec. 2, 2021. (@cityandcolour/Twitter)

Green released the statement on his social media channels on Dec. 2, 2021. (@cityandcolour/Twitter)

A tour date in Saskatoon the night before was cancelled due to positive COVID-19 tests among two crew members. Subsequent shows in Winnipeg, St. Paul and Milwaukee were also cancelled after a third positive test among the crew.

The singer rescheduled multiple dates for shows in Montreal and Toronto that were supposed to take place this week.

“Being back out on the road singing for all of you has been so beautiful and rewarding. I hope everyone understands we’ll see you in the new year,” Green said.