REGINA -- Separate pools for leisure and laps as well as fun new features are part of the plan for a new Wascana Pool, according to the City of Regina. 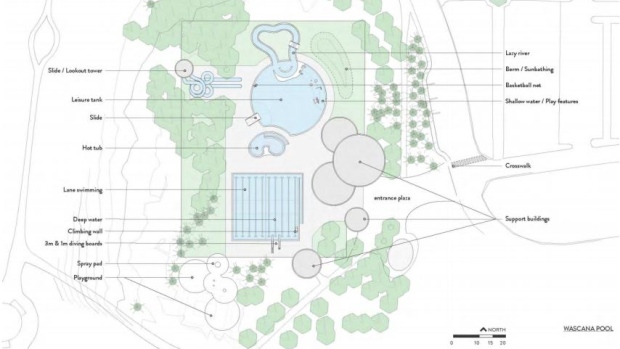 According to the project and design concept, the renewed Wascana Pool will feature a lazy river, two slides, hot tub, climbing wall, spray pad, a basketball net, space for sunbathing and two separate pools for leisure and laps.

A report on the project and design concept for the new Wascana Pool will be presented to Executive Committee on Feb. 12.