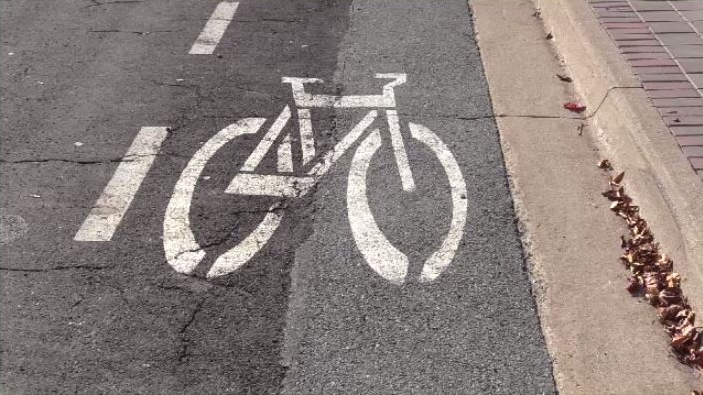 REGINA -- Regina city staff have outlined a number of new measures they hope will bolster road safety for cyclists.

The measures, discussed at the public works and infrastructure committee on Wednesday, need further tweaking before they become official, but would establish new fines that aim to ensure motorists are respectful of cyclists while prohibiting riders from biking on certain roads.

“The recommendations are designed to increase safety and define responsibilities for cyclists and motorists,” said Kim Onrait, the executive director of citizen services, during the committee meeting.

Committee members voted to push the adoption of the new rules to next year because they believe more consultation with Regina’s biking community is needed.

A representative from Bike Regina, a cycling advocacy group, told the committee they would like to see more consultation.

They said the requirement that cyclists stay as far right as possible should be changed. It can be dangerous for cyclists to stay far right because people in parked cars could open doors, they said, adding it’s safer for cyclists to be closer to the centre line.

As well, they asked the committee to include minimal passing distances when drivers pass cyclists.

However, staff said minimal passing distances would likely be challenged if it ever came up in court. They said officers could have a hard time proving a vehicle was not at a certain distance when passing a bike.

Instead, they suggested it would be better to allow officers to use their discretion on safety, which has been accepted by the courts.

“A greater distance between vehicles and cyclists is in everyone’s best interest,” said Sgt. Mark Verbeek of the Traffic Safety Unit. “It’s how to hold those accountable in court if it goes to trial and to get convictions.”

The changes, which require council approval, are expected to be voted on in early 2021.

HERE ARE THE PROPOSED CHANGES

Require drivers to drive in a way that’s reasonable and prudent when approaching any cyclists. Fine: $180.

Prohibit drivers from following cyclists more closely than is reasonable and prudent. Fine: $100.

Prohibit drivers from passing a cyclist in the same lane that the cyclist is using, except in cases where the lane is 4.5 metres or greater in size and the cyclist can operate in the far right of the lane, or the far left on a one-way street. Fine: $85.

Drivers can pass a cyclist at a speed no greater than 50 km/h. On streets with posted speed limits exceeding 80 km/h, they can pass them at a speed no greater than 70 km/h. These passing speeds don’t apply when cyclists are in a designated bike lane, or where two or more lanes exist on the road and the driver is one full lane away from the cyclist who is occupying the shoulder. Fine: $180.

Prohibit cyclists from operating on the following roads:

Prohibit cyclists from operating on roadways with a posted speed greater than 50 km/h, unless they are in a designated bike lane or on a paved shoulder of at least two metres. Fine: $85.

Require parked drivers to ensure they don’t interfere with a cyclist when opening their door. Fine: $180.

Require cyclists to ride at the right side of the lane when their speed is slower than vehicles. They don’t need to stay far right if they would be blocked by parked cars or other hazards. In cases like this, they could be in the middle of the lane.  If they disobey, the fine is $20. They don’t need to stay right on one-way streets or if riding in a designated bike lane.

Prohibit parking in bike lanes, except for vehicles under contract with the city. Fine: $70

Allow cyclists to go against the flow of traffic on one-way streets if they are biking in the marked signage area that’s on the pavement.