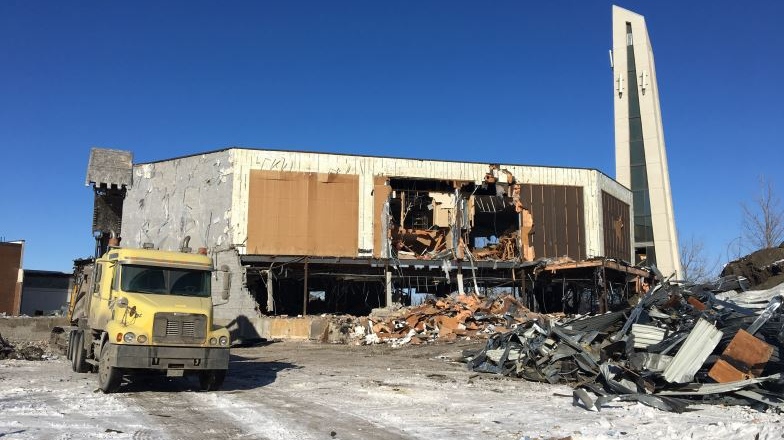 REGINA -- The City of Regina has released a plan to redevelop the Orr Centre property.

The buildings on 4400 Fourth Ave. are currently being demolished. The city’s proposal document said the U of S nursing program building will stay until a potential new building is constructed.

“When we're looking at conversations that are going on in the Facebook group and what people are talking about, a lot of the concerns are coming from traffic issues and an already compounded issue that's going on along Connaught Street,” Tkach said.

According to Tkach, previous development in the area tore up the roads. He said parking and congestion are also an issue.

“With the school of nursing, a lot of the nurses have moved out to parking along Connaught (Street), which makes it really difficult for traffic to get by,” said Tkach. “It's a narrow road.”

Tkach said he isn't opposed to new amenities in the area, he just wants to make sure the community of about 9,000 is properly consulted.

Pinnacle Development’s Inc. employee, Beth Barber, said the company has come up with a site plan to make the project a welcome addition to the area.

“We are following the processes that the city has in place,” Barber said. “We are going through all of the steps in terms of doing traffic impact studies and everything else.”

The city is hosting an open house for public feedback on March 3 at St. James the Apostle Anglican church, from 5:00 p.m. To 8:00 p.m.

In an email, a city spokesperson said once the application has been reviewed, a report will be brought to the Regina planning commission and council for review and approval.