The headaches caused by the Ring Road train was top of mind at the city’s Executive Committee meeting on Wednesday.

Motion on the plan is carried. Includes Mayor Fougere’s amendment to start consultation with rail line companies. Will go before city council later this month. #yqr

Following a study, administration recommends that the railway that crosses Ring Road between Winnipeg Street and McDonald Street be relocated to ease time lost to the train and congestion during rush hour.

"There would be blocks or changes or rerouting for years on the ring road to achieve the underpass or overpass proposals,” Mayor MichaeI Fougere said. “I think this is the best one to do, it's less invasive and it can be done more quickly I think."

Two main relocation strategies were identified, but administration is pursuing relocation of the railway north of the city rather than building an overpass. The project would cost roughly $107 million.

The report will be forwarded to City Council on Aug. 26 for approval. 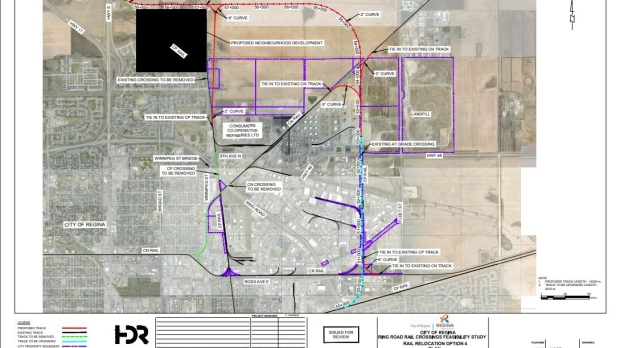