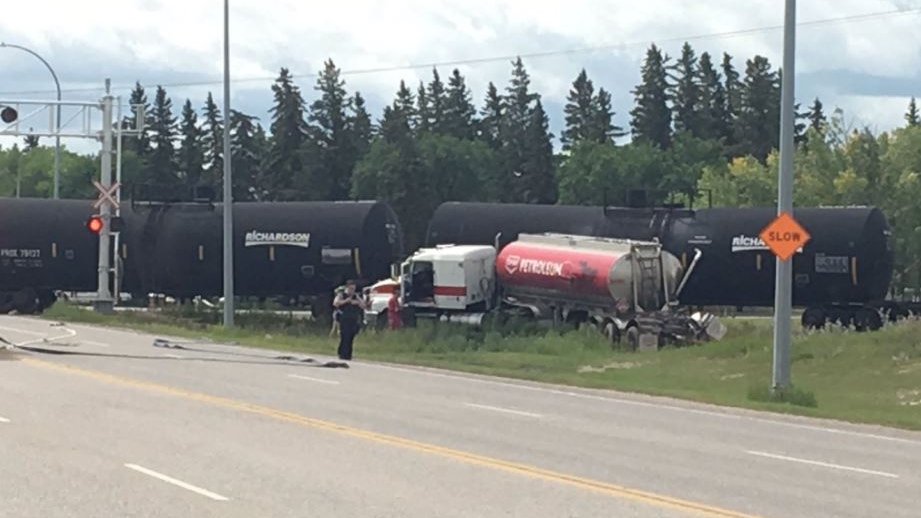 Traffic is moving again in Yorkton on Friday morning after a train and a Co-Op petroleum collided on Highway 9 in the south end of Yorkton on Thursday.

Probably one of the scariest things I've ever witnessed personally. Fuel hauling truck getting T-boned just outside of Yorkton. pic.twitter.com/3LnhBc0sxk

The crash happened shortly after 11:30 a.m. The RCMP was at the scene for most of Thursday.

The Federated Co-Op tweeted that their driver wasn't injured in the crash.

One of our fuel trucks has been involved in a collision in Yorkton. The driver was not injured, but we're ensuring he receives attention. Experts have been dispatched to clean-up any fuel spills. We’re working with RCMP to investigate. More details to come.

The train was removed by Friday morning and traffic was restricted one lane southbound on the highway. Trains can pass through the area but need to slow down as crews are still cleaning up after the crash.