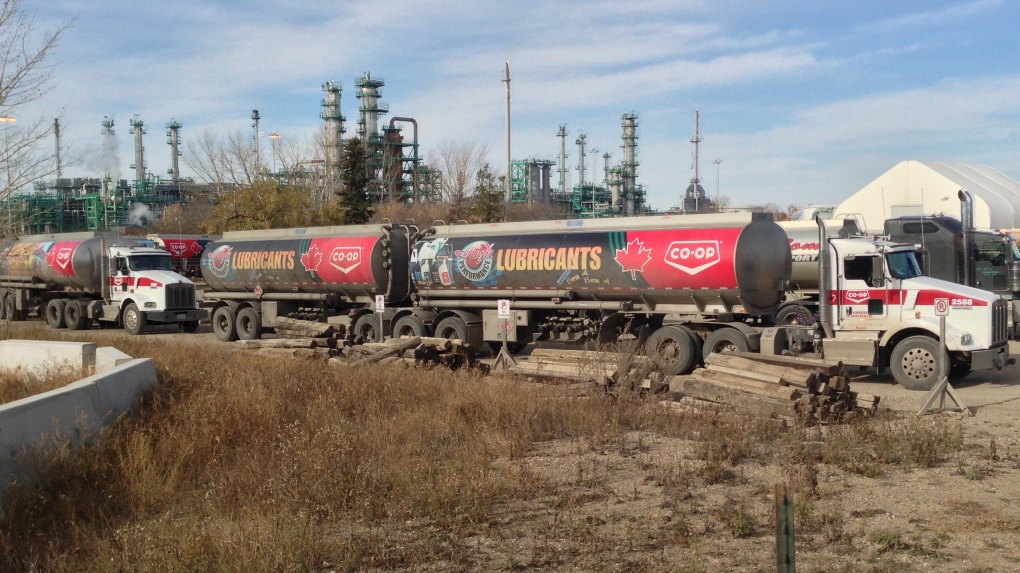 Unifor workers at Regina's Co-op Refinery have voted in favour of striking.

"We are pleased but not surprised," Kevin Bittman, president of Unifor Local 594, said in a news release. "Our members are justifiably frustrated."

The 800 Unifor Local 594 members will continue working at the refinery while the bargaining team contemplates its next move, the union says.

The two sides went into a two-week cooling off period in mid-November. Last month, the refinery said it made an offer on Nov. 7 that included a 11.75 per cent increase over four years, along with other benefits.

Tuesday's release from Unifor Local 594 said a change to the pension plan played a large role in the union worker's decision to strike.

The Co-op Refinery says the strike vote is "disappointing," but says it's hoping the decision will get the union representatives back to the bargaining table. It also says there are several proposals it is willing to discuss with the union.

"Our priority is to get a deal done at the bargaining table and avoid a labour disruption; however, that means that both sides must be willing to bargain," the refinery said in an emailed statement to CTV News Regina. "We encourage the Unifor 594 Executive to return to the bargaining table for the dates we have booked in December."

Co-op said it doesn’t plan to lock out employees before Christmas, but said it will issue a lockout notice if it "feels the union is creating an unsafe operating environment."

The refinery added it hopes to return to the bargaining table this month to avoid a strike.