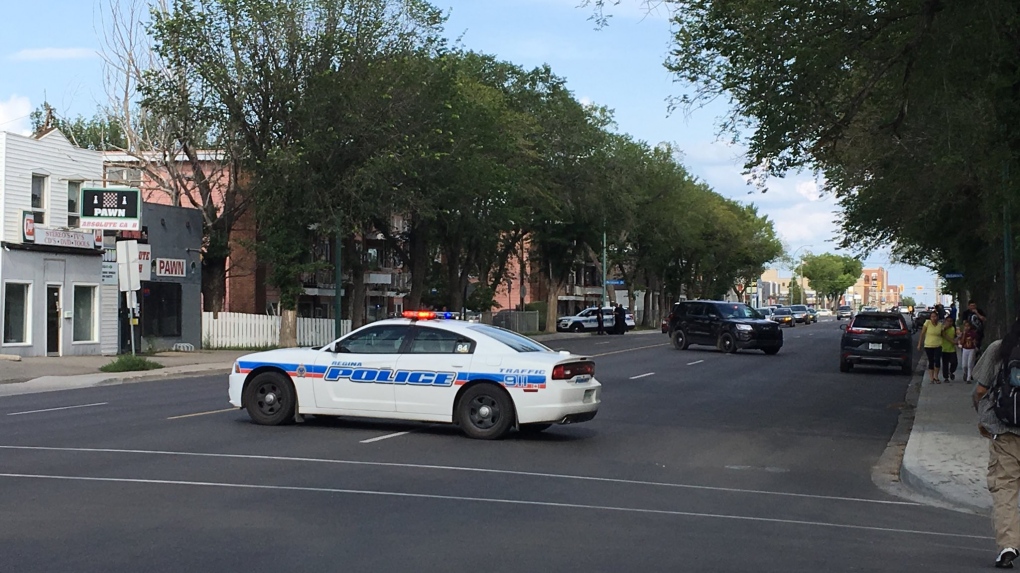 A cyclist suffered life-threatening injuries after colliding with an SUV on Dewdney Ave. on July 27, 2018 (Gareth Dillistone / CTV Regina)

Regina Police Service are continuing their investigation into a collision between a cyclist and a vehicle that took place on July 27, at the intersection of Retallack Street and Dewdney Avenue.

A 47 year-old man was transported to hospital and suffered serious injuries following a hit and run. According to the investigation, an SUV turning west from Retallack Street onto Dewdney Avenue ran over a cyclist, who was then dragged a short distance.

The cyclist was travelling eastbound on the north sidewalk of Dewdney Avenue, and attempted to stop for the turning vehicle but only the front wheel brakes of the bike were functional. The front wheel of the bicycle skidded and the cyclist was thrown in front of the SUV as the vehicle was turning.

The 57 year-old driver of the SUV was taken into police custody, and later released.