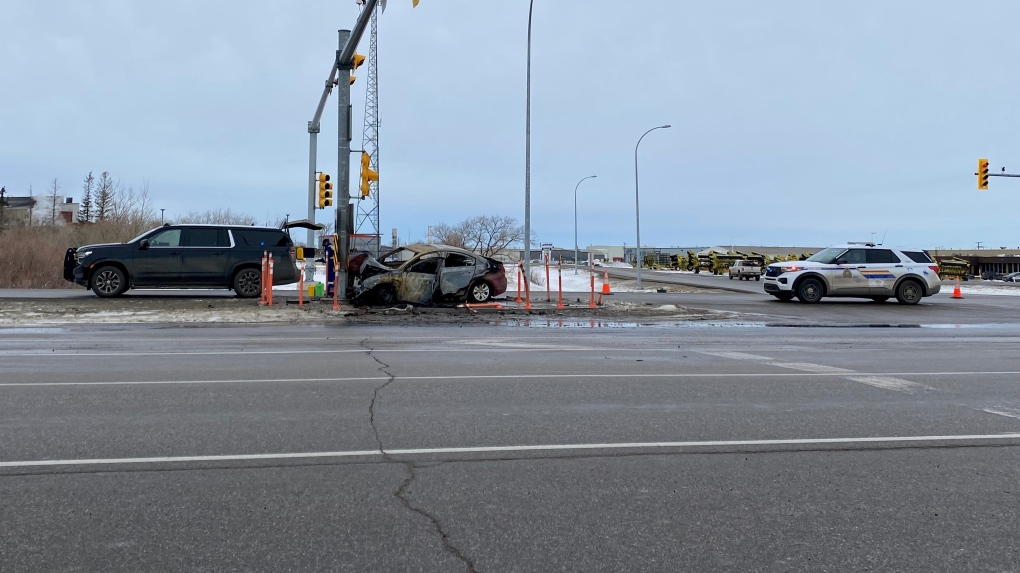 RCMP on the scene of a single-vehicle collision at the intersection of Industrial Drive and Highway 6 on Nov. 25, 2022. (GarethDillistone/CTVNews)

A 37-year-old man from Piapot First Nation, Sask. is dead after a single-vehicle collision north of Regina on Friday morning, according to RCMP.

An investigation confirmed the vehicle crashed into a pole in the intersection.

The 37-year-old man was found to be the lone occupant of the vehicle, his family has been notified, according to RCMP.

A previous version of this report stated the victim's age as 27-years-old.

The Saskatchewan RCMP confirmed there was an error in it's report.

The victim's age was confirmed as 37-years-old.