Four members of the community were tasked with competing to raise the most money in the sixth annual Stars Rescue on the Prairie fundraising event.

On Thursday morning, the participants were airlifted by STARS helicopter to an undisclosed location. There, they took part in several medical and aviation challenges, while contacting people in their personal networks to donate to the cause. Each participant needed to raise at least $50,000 to secure their flight back to Regina.

Wayne Morsky, board chair for Regina Exhibition Association Limited, was one of the participants.

“It’s a great cause, and I put my hand up right away when I was asked,” said Morsky.

Morsky said, while he has never needed to use STARS, he has had family and friends rely on the service.

“It’s something that I hope we never have to use, but when you do need it, it is there for you,” he said. “It’s a great cause. Especially now with all the things that have happened with our frontline workers. I wanted to put my support behind them.” 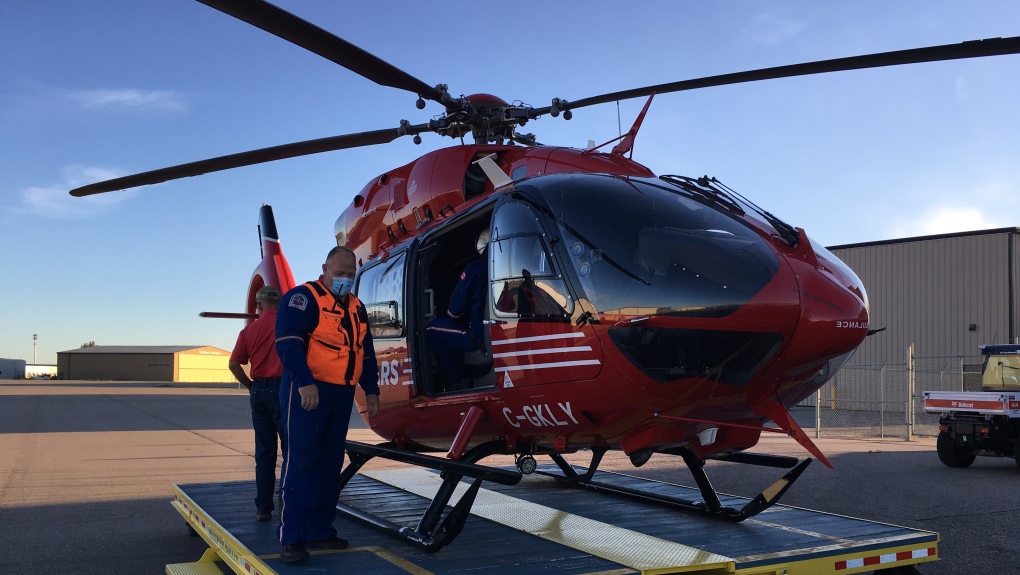 STARS air ambulance gets ready to take off as part of the sixth annual STARS Rescue on the Prairies. (Taylor Rattray/CTV News)

STARS air ambulance gets ready to take off as part of the sixth annual STARS Rescue on the Prairies. (Taylor Rattray/CTV News)

Ryan Saxon, participant and president of Border Insulators and RR Tank and Equipment, said it’s vital for our province to have STARS, especially given the rural nature of Saskatchewan.

“On the whole oil side of things, and also the farming as well. It’s such a big area to cover. It’s really important to have them,” Saxon said.

The 2020 Rescue on the Prairie event was cancelled due to the COVID-19 pandemic. The 2019 fundraiser, held near Saskatoon, raised more than $360,000 for the non-profit organization.

“Fifty per cent of our funding comes from the community. And every dime goes directly towards the mission,” said Andrea Robertson, STARS CEO. “It is critically important to keep us flying and there for the people of Saskatchewan.”

STARS expects to have the final fundraiser total on Friday.

Missionary group confirms kidnapping of one Canadian, 16 Americans in Haiti

A Canadian was among 17 missionaries allegedly kidnapped in Haiti on Saturday, Christian Aid Ministries said in a statement on its website.

COVID-19 vaccine booster eligibility by province and territory in Canada

Although booster shots and third doses of COVID-19 vaccines aren't currently recommended for most Canadians, additional doses are being made available to certain populations or those who need to travel for work based on their province or territory of residence.

Gov. Gen. Mary May Simon set out on her first international trip in that position on Sunday, heading to Germany to meet with officials, as well as attend the world’s largest trade book fair.

World expected to consume twice as much seafood by 2050, new findings suggest

The world will consume twice as much seafood by 2050, according to new research. But despite the increased demand, a stronger turn to sustainable fishing could help address malnutrition and lower our overall environmental footprint.

The Chinese military on Sunday condemned the United States and Canada for each sending a warship through the Taiwan Strait last week, saying they were threatening peace and stability in the region.

Kingston police, with assistance from the OPP riot squad and Durham Regional Police, moved in twice on Saturday to clear students from the streets and homes after declaring an 'aggravated nuisance party'.

A rowdy student party at Acadia University in Wolfville, N.S. has resulted in multiple arrests and charges as hundreds gathered in the streets for homecoming celebrations over the weekend.