Community responds to report that calls for removal of John A. Macdonald statue 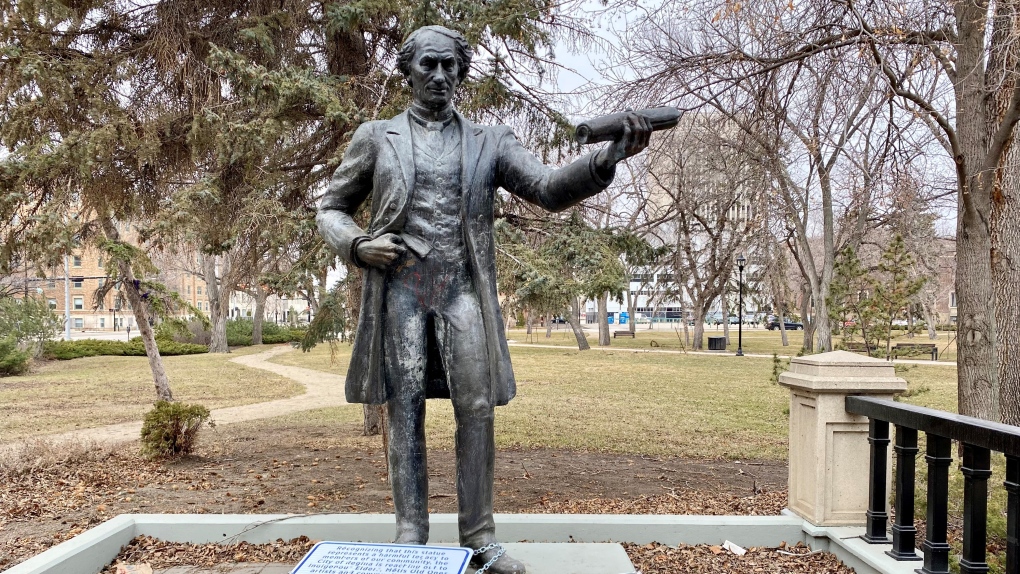 REGINA -- A report by Regina’s city administration recommends council temporarily remove the statue of John A. Macdonald from Victoria Park.

The report is based on an ongoing review of the monument of Canada’s first prime minister.

Administration recommends the statue be put into storage while the next stage of the legacy review determines the best way to tell Macdonald’s full story to the public.

The reputation of Macdonald’s legacy has been challenged over recent years, in many Canadian cities, due to his involvement in residential schools and mistreatment of Canada’s Indigenous peoples. Métis artist and professor, David Garneau, has long called for Regina’s Macdonald statue to be removed from Victoria Park.

“I moved here in 1999 from Alberta. In getting the lay of the land, I walked around and I ended up at Victoria Square,” said Garneau. “I was just taken aback, I was almost breathless seeing that statue.”

The statue, part of Regina’s Civic Art Collection, was built in 1967 by Sonia de Grandmaison, a Russian artist based in Regina. The statue was cast at John Nugent’s foundry, located near Lumsden.

With the exception of Victoria, Garneau said no other Western Canadian city had a Macdonald statue. Victoria later removed their statue.

“To put it here, in the same place that Riel was hung and no where else, it’s provocative,” Garneau said.

Garneau said he is glad to hear the recent city report’s recommendation.

“If it has meaning, it’s probably in a museum,” he said. “I think a plaque explaining all his deeds - positive for some, negative for others - would be very rich and meaningful. It could be a wonderful education tool.”

Several Regina residents CTV News spoke to agree with the recommendation and said removing the statue isn’t about erasing history, but placing it in a spot with context.

“I think a museum would be a better place, because it’s part of the story,” said Alejandra Coronel. “It’s part of our story.”

“For history’s sake, a museum would probably be the best place for it. You don’t want to completely wipe out history,” said James Richard.

The report will be presented to council on Wednesday. If approved, the city would consult local groups on the potential new location and signage for the statue.

In a statement, the city said, “The recommendation to relocate the statue and provide further contextualization around Macdonald’s legacy is an act that aims to make Victoria Park a more inclusive and safe space for all Regina residents.”

The statement goes on to say, “engagement encompasses seeking guidance on how the statue can support a more complete understanding of Macdonald, both his contributions as Canada’s first prime minister and founder of Confederation as well as the harmful legacy his policies had upon Indigenous and other ethno-cultural communities.”