REGINA -- A Sunday sermon from a Regina pastor is drawing criticism from members of the faith and LGBTQ2S+ communities, who are calling the message homophobic.

On Sunday, March 7, Pastor Terry Murphy of Regina Victory Church, gave a sermon that has since been condemned by many in the community. This sermon was streamed live on Facebook.

Murphy’s sermon compared members of the LGBTQ2S+ community to pedophiles, and expressed the belief that sex should only occur “between a man and a woman.”

The sermon lead some in the faith community to speak out against Murphy's words.

Carla Blakley has been a Lutheran pastor for 26 years. She said Murphy's sermon is extremely damaging to those who are part of the LGBTQ2S+ community.

"When someone is telling them that your behaviour, what you're thinking, how you're processing, that you find yourself attracted to someone of the same gender, that you're evil and wrong, and the only way for them to come back into God's graces or in some instances, back into their family is if they repent and you know conversion therapy and all that kind of stuff," Blakley said. "That is completely and terribly damaging to a human being. It is wrong."

Blakley has a Masters degree in Religious Studies and wrote her thesis on "Queering the Image of God." She has spent many years working with members of the LGBTQ2S+ community and believes church should not be about changing people, but accepting them.

"We as the church have been called to do better and to build bridges," Blakley said.

Blakley worries about the harm a sermon like Murphy's can cause members of the church, and emphasized that religious institutions have been called on to bridge the gap between religion and the LGBTQ2S+ community.

"I know there have been many suicides, because people are told they're evil and sinful by the church, by their parents by their grandparents," Blakley said. "That is just hate-filled and it's incorrect."

Murphy, a pastor of 25 years, said Sunday's sermon called "Raising Godly Children" was focused on teaching children how to live a life that his church accepts.

"We believe sex is pure and holy when done in the right way," Murphy said. "What does the Bible say the right way is? It should be between a married man and woman. Anything outside of that, whether it's homosexual or heterosexual sex outside of marriage is not biblical,” Murphy told CTV News.

Regina Victory Church has been operating for 13 years. Murphy described the church as a Christian, Evangelical and Protestant group. Murphy said there are around 400 people who attend the services regularly in-person or online.

In his sermon, Murphy cited a recent poll conducted by U.S. company Gallup. The poll said there is a 5.6 per cent rise in LGBTQ2S+ identification.

Sunday's sermon has been highly criticized by many people on social media this week. Murphy said he thought about removing it from the church's Facebook page but decided to leave it.

"They can like it or dislike it," Murphy said. "But why should we have to back up and not say our opinions about things and they are free to say whatever they want? That's why we've left it up. It's a matter of principle that we should be allowed in a free society, to make declarations of what we believe to be true."

Andy Bourque identifies as gender-fluid and pan-sexual and grew up going to a church with similar views to the Regina Victory Church. They said it's upsetting to know sermons like Murphy's are still being preached today.

"I heard regularly that it was either sinful or not in accordance with God's will to be those things," Bourque said. "It made a huge impact in my life."

Andy said while growing up they suffered from depression and anxiety because of the dialogue they were subjected to at church. 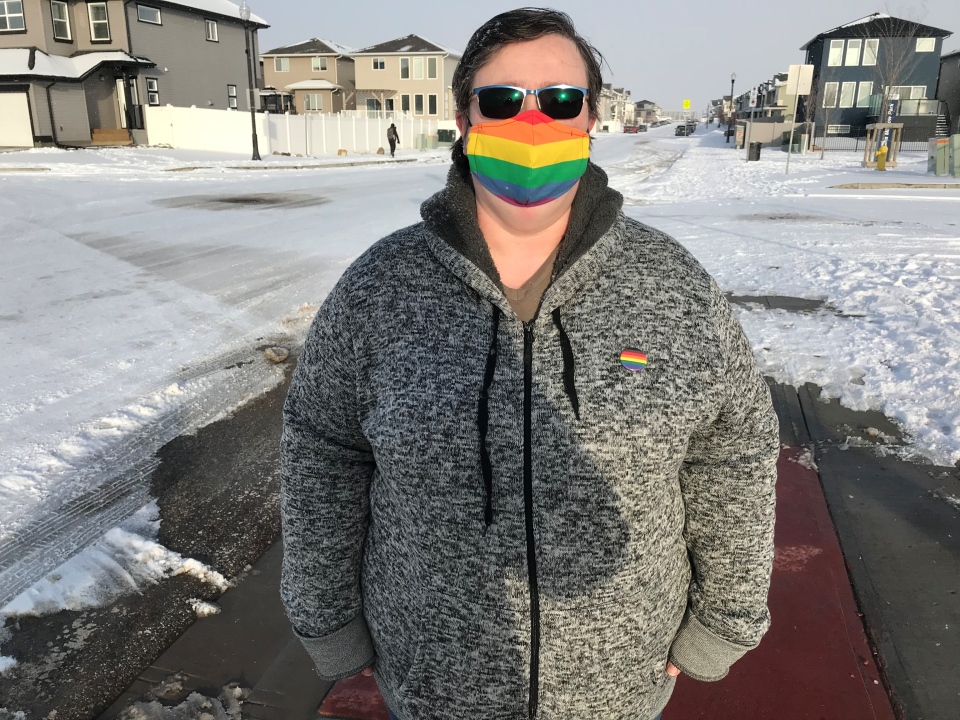 They said due to the church they grew up in, they didn't feel comfortable coming out about their sexuality until they were in their 30s. Now in their 50s, they said some members of their extended family still don't know they are gender-fluid and pan-sexual.

It's been almost 20 years since Andy came out to their family.

Andy regularly attends a Lutheran church service in Regina. They wanted to share their story because they know there are youth who attend Regina Victory Church services who may be going through a similar experience.

"I feel like those children need to see and hear someone who has been there," Bourque said. "Who has experienced the same things they are currently experiencing and who has grown up and has come to love the person that they are. To realize that God still loves them and that they can have a full and wonderful life being exactly who they are."

A PODCAST THAT CHALLENGES FAITH

Blair Roberts and Dallas Verity have been recording a podcast called "Shipwreck over Safety" for two and a half years.The podcasters say the show challenges faith, doubt and justice.

Roberts and Verity said opinions like Murphy's is why they feel they have ever-changing faith. Both men grew up with the church playing a large part in their lives but said now they no longer recognize themselves as Christians, but they do believe in Jesus.

"There's a lot of Christians that are amazing, incredibly kind people and churches that are doing great work," Roberts said. "But for me personally, that label carries too much baggage and I just really wrestled with that. I just don't know how to say that I'm part of that community?"

Roberts and Verity want to emphasize that not all members of the Regina Victory Church share the same opinions of Murphy.Although the podcasters think it's important for the congregation to know the impact of Murphy's words, they don't think the pastor necessarily reflected the views of each individual member.

"I don't think we're saying that everybody who attends that church should be demonized, this isn't about them," Roberts said. "It's about what their pastor said, what this person with the position of privilege and power said that's harmful and hurtful. We're trying to hold him accountable and unfortunately, that whole church is going to feel a little bit under attack but we hope that this can maybe spur some more important conversations within."

Roberts and Verity said they will be releasing a podcast about Murphy's sermon and the backlash over it soon.